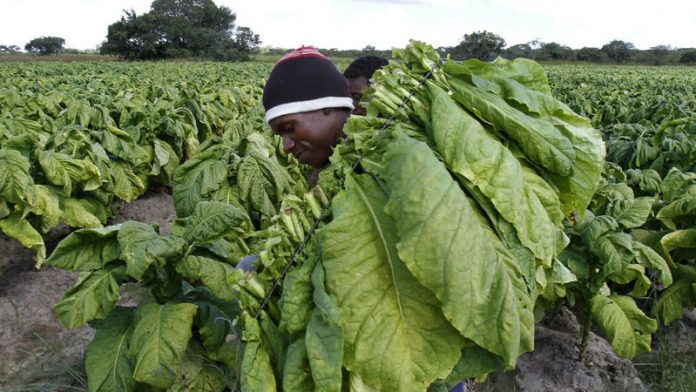 Isaac Mawere's thriving tobacco farm is a good indication of why Zimbabwe has resorted to importing food. This year, he has increased the amount of land under tobacco, cutting down significantly on the crop he has grown for many years.

In the shadows of Murehwa's towering grain silos, a monument to Mashonaland East's past glory as part of the country's maize belt, Mawere mourns the time he wasted growing mealies.

Across much of what was the country's breadbasket, fields of grain are being replaced by tobacco. This has meant better earnings for thousands of farmers, but it has left the country short of maize and forced the government to import grain.

For farmers like Mawere, this is hardly surprising. Last year, he made over $15 000 from his tobacco crop. But for the nine tonnes he delivered to the Grain Marketing Board (GMB), the state grain buyer, he got nothing. A year later, he is one of thousands of farmers across the country who have still not been paid for their grain.

GMB general manager Albert Mandizha admits that the board owes farmers more than $10-million, dating as far back as February last year. The government is putting up the money to pay farmers and hopes to convince them to keep growing food.

"The government has now availed $9.2-million to the GMB to go towards settling farmers's outstanding payments. The payments are 18 months overdue. We have not been able to pay the farmers for the past two harvests," Mandizha says.

Late planting
"The GMB should pay farmers in time so that they can buy their inputs early to avoid late planting," said Johnson Mapira, vice-president of the Zimbabwe Commercial Farmers Union, a group of large-scale black commercial farmers.

There is little funding for farmers, and those who are funding agriculture are staying clear of food crops.

A consortium of banks has put up $620-million to fund this year's farming season. Half of that will go to tobacco, and maize producers will get only 4.8% of it.

"We have come up with funding for agriculture, but we don't know whether the money is going to the priority areas where funding is really needed," admits Bankers Association of Zimbabwe president George Guvamatanga.

Depinah Nkomo, who heads a trust that provides support to female farmers, says much of the money going into agriculture is benefiting growers of cash crops.

"We, as farmers, grow different crops and there should be a balance in the way the funds are distributed," Nkomo says.

"If the bulk of it goes to tobacco, then the country will not have enough food."

The government has raised $161-million to buy seed and fertiliser for 1.6-million small-scale farmers, who for decades have been the largest providers of grain. But Zimbabwe Farmers Union vice-president Berean Mukwende, whose union represents poorer farmers, says farmers need between $2-billion and $3-billion.

In the absence of cheap financing, and with no payments from the GMB, farmers are trapped by bank loans that charge interest as high as 26% and levy penalty fees of up to 50% for late repayments.

Desperate to stem the tide of farmers turning away from growing food crops, the government is pushing banks to postpone their debts.

"We don't mean we want the [farmers'] debts cancelled, but we want to see whether the repayments can be restructured," says Agriculture Minister Joseph Made.

In 2004, according to the Tobacco Industry Marketing Board, there were only 4 000 black small-scale tobacco farmers in the country.

This year, the government raised the price at which it buys maize from farmers to $378 a tonne, a 25% increase. But farmers want the price set at $496 a tonne.

"This price would motivate farmers to grow maize and ensure the country has enough food stocks in its reserves," says Mukwende.

Zimbabwe consumes about two million tonnes of maize a year, but produced only 968 000 tonnes in the 2011-12 season.

Production in the 2012-13 season is projected to have fallen to 789 000 tonnes, and the government has spent $60-million on importing grain from Zambia.

Batsa fires back in response to Dlamini-Zuma’s appeal