The houses that Mi Casa built 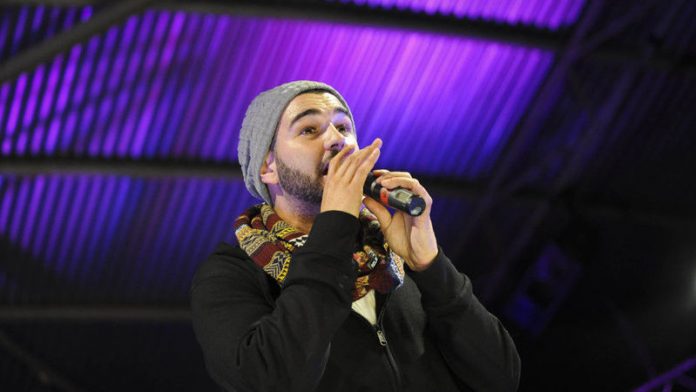 Titled Su Casa, it has reached gold status and is also the first South African album to debut at number one on iTunes. It features one of this year's most popular songs: the upbeat and infectious Jika.

The Mi Casa band members include J'Something on vocals, Mo-T on trumpet and Dr Duda, who is the resident DJ and producer of the band. The group originally formed in 2010 after meeting at a nightclub in Johannesburg, and went on to win best dance album, group of the year and record of the year at the South African Music Awards in 2012.

The Mail & Guardian spoke to J'Something, the Portuguese-born Joao Fonseca, who arrived in Port Alfred in the Eastern Cape with his parents when he was six.

Your first album was a huge success. How has it influenced the direction of your second album Su Casa?
We knew that we needed to up the level – not just by a notch but by a whole load. The second album is a depiction of us, more mature, more grown with a better understanding of what we are about as Mi Casa and what our fans are about. The second album is a piece of magic for us.

How long did it take to record it?
Roughly three months in between gigs but we are always recording. Our first single Jika was written about a year and a half ago. We are always working on new material; even now we are still coming up with ideas and recording them – so thank God for the iPhone.

Jika has become a hit. What's the story behind the song, and the dance it has inspired?
We were doing a corporate gig at Sun City and at every sound check we freestyle with the band. That's how the band came about. But Jika was just a hook, like, "Jika, jika my baby". We decided not to perform it again because someone might hear it and steal the idea.

Our purpose, we believe, is to bring people together and to see people from all walks of life doing the Jika. It's so cool.

For the dance, we thought that we should create a choreography that people are going to talk about and want to join in with. So Dr Duda got an up-and-coming dance crew from Soweto who conceptualised the dance with us.

Since then the song has gone to number one on Metro FM, iTunes, YFM and a few other radio stations.

Albums don't tend to do as well as yours in such a short time, especially in South Africa.
It is not just an album and it is not just about dance music – if you listen to the lyrics, you will hear that the music is either challenging you to be a better person or it is going to make you feel like a better person.

We write with a purpose and for people to listen and think, ‘Why are we this way, why can't we be better people?'

How did you decide who you're going to feature on the album?
Everywhere we go, around the globe, when people hear we are from South Africa, they ask whether we know Black Coffee. And that made it a real honour to be in studio with him.

Jimmy Nevis is extremely talented and he is another up-and-coming artist that we wanted to give a platform to. It was our first time collaborating with other artists.

Was there a reason why you didn't feature other artists on your first album?
Yes, there were very clear reasons why we didn't feature other artists – that is why the album was called Mi Casa, my house, and the second album is called Su Casa, your house. It's is a way of saying this is what we think our fans like and want. That is why we went on to social media and asked our fans who they would like us to work with.

Does the pressure of the fame and your success ever become too much?
Yes, especially for me and Mo-T, because we were 22 years old when we started the group. The hardest part is probably that it happened really quickly. Three weeks after we released our first single, These Streets, we were asked to be everywhere.

During our first show in East London, we were so overwhelmed that girls wanted to take photos with us. But, because it is what we love, it doesn't matter.

Along with great food and wine, the Delicious Food and Music Festival will feature artists including Jamiroquai, Mi Casa, Khuli Chana and Lira.
Read more
Friday

The last time Snoop was in South Africa he went by the name Snoop Dogg. He has since changed his AKA and now experiences life as Snoop Lion.
Read more
Advertising
Continue to the category
Politics