Zambia backs out of maize ‘deal’ with Zim 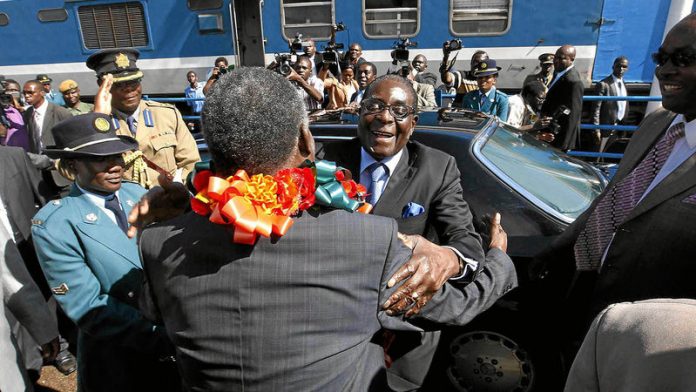 Zambia's President Michael Sata appears to have shifted the goal posts on President Robert Mugabe by demanding cash upfront for maize imports, despite his earlier promises to deliver the grain on credit.

Areas in the south of the country are struggling with the food crisis, and the state-controlled media reported this week that children in Lupane are failing to attend school because of their hunger.

In a speech in May, Mugabe said that Sata had told him that 150 000 tonnes of maize valued at nearly $25-million would be delivered to Zimbabwe with no questions on payment asked as that issue was not a priority in the face of starvation.

But in Parliament, Agriculture, Mechanisation and Irrigation Development Minister Joseph Made said Zambia was now demanding cash up front, and so far Zimbabwe had only managed to import 14 000 tonnes of maize.

"Let me start by saying that the government is committed to importing 150 000 tonnes from Zambia. Of this, so far we have brought into the country 14 000 tonnes," Made said.

Launching the Food and Nutrition Security Policy in Harare in May this year, Mugabe described the current food shortages as the worst in living memory, saying: "Farmers are all in tears in those areas because there is no food for the farmers themselves and no cash crop to rely on."

A "great man"
He said Sata was a "great man" for agreeing to export the maize to Zimbabwe without insisting on immediate payment.

Mugabe's spokesperson George Charamba was not immediately available for comment.

A commentator this week said that, though Sata may have made a huge political statement, his economic advisors behind the scenes might have warned him against political grandstanding at the expense of exercising financial prudence.

Economist John Robertson said Zambia might have changed its reasoning based on Zimbabwe's track record in recent years of failing to honour its debts.

"It's one of the consequences of failing to pay, so we are considered as a high risk. They don't believe that we would keep our promise to pay – that's why they need cash upfront. We have to restore our credibility as a country by becoming much more dependable payers," said Robertson.

Sanctions, food security
Zimbabwe has a $10-billion external debt that it is battling to settle.

Sata's spokesperson George Chella said he was going to verify the details surrounding the issue, but several calls to him later went unanswered.

In Parliament, Made told lawmakers that Zimbabwe's maize shortages were caused by sanctions imposed by Western countries. He said one of the effects of the sanctions was that farmers were failing to get or pay for farming inputs.

But Zanu-PF's outspoken Hurungwe MP Themba Mliswa also told Parliament that ministers should stop blaming everything that is going wrong on sanctions.

Mliswa added that the country's food security is in a precarious state. He accused the government of ­offering local farmers lower prices for their produce, but then paid more for imports.

"The government is paying $430 [a tonne] to import maize and that $430 is paid instantly. Our own farmers are being paid $380 and it is taking two years for them to get that money. It is a situation that the minister needs to address," said Mliswa.

Some of the problems encountered by farmers emanated from the situation at grain parastatal the Grain Marketing Board (GMB), he said.

"They [farmers] are not prepared to grow food and sell to the GMB. For as long as GMB is not capacitated to pay the farmers, the aspect of food security will remain a problem. I say so because the government owes the GMB $44-million and that money is needed by the GMB to pay the farmers."

The government had to come up with a "command" agricultural structure that would direct beneficiaries of its land resettlement programme to grow maize, he said.