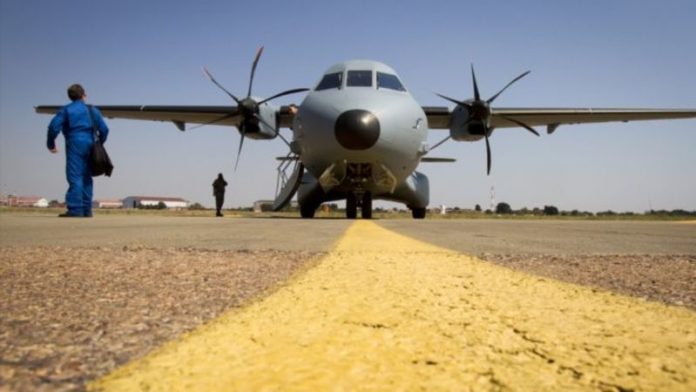 The trial date of the SA National Defence Force (SANDF) members facing charges relating to the landing of a private aircraft at the Waterkloof Air Force Base has yet to be set.

It was not clear whether the fourth accused, Colonel Nomsa Khumalo, would also appear on Tuesday. Media were not allowed into the court.

Speaking outside the court Greeff said that as preparations gathered momentum for the trial, the soldiers' representatives could ask for further particulars of the case.

"There are a lot of things that might happen in the meantime. Every accused person has the right, in preparation of a trial, to ask for closer particulars on charges. We will sit and discuss our strategy," he said.

"We expect a court date to be given to us now and hopefully it will be in this year."

Watered down
Greeff said the charge sheet against the soldiers had been "substantially watered down". This meant that the possibility of President Jacob Zuma giving evidence in the trial had been eliminated.

"The question of the president as a witness has been taken out of the loop now… the only issue at stake now is whether the soldiers contravened an order knowing this [Gupta plane] was a private aircraft. It [the charge sheet] represents a rather substantial watering down of the charges they initially appeared for.

"It seems to me that this matter has become somewhat of a political hot potato to the government. One can only speculate as to whether that is the reason for the watering down of the charges," said Greeff.

He said crucial evidence during the trial would be given by the chief of the South African Air Force, who would be called as the State's main witness.

The soldiers are left with one main charge of contravening an air force instruction that a private aircraft may only land at a base with the prior approval of the chief of the air force.

In September, Greeff had said the charges were unclear.

"It seems that the military's view of the matter is that these officers are guilty of some military offence for their role in the Gupta landing, but it's not clear what that role is alleged to have been."

"It will only be clear from the final charge sheet what exactly the charges are," he said.

During the September appearance, the soldiers were informed that they were charged with contravening the military defence code (MDC).

"In terms of the MDC and the Defence Act there are certain offences that a soldier can commit which are formulated in the MDC," Greeff said.

"Charges that were mentioned in this court include sections [of the MDC] on disobeying written orders or instructions, conduct prejudicial to military discipline, and the abuse or misuse of state vehicles, aircraft or facilities."

A chartered commercial aircraft, Jet Airways flight JAI 9900 from India, ferrying more than 200 guests for the wedding of Vega Gupta (23) and Indian-born Aakash Jahajgarhia, landed at the base in April.

The passengers were then transported, either by light aircraft, helicopter, or in police-escorted vehicles, to the ceremony at Sun City's Palace of the Lost City in North West.

The landing sparked widespread criticism and several investigations were launched. A government investigation exonerated Zuma and his ministers, and found the landing was the result of "collusion by officials". – Sapa