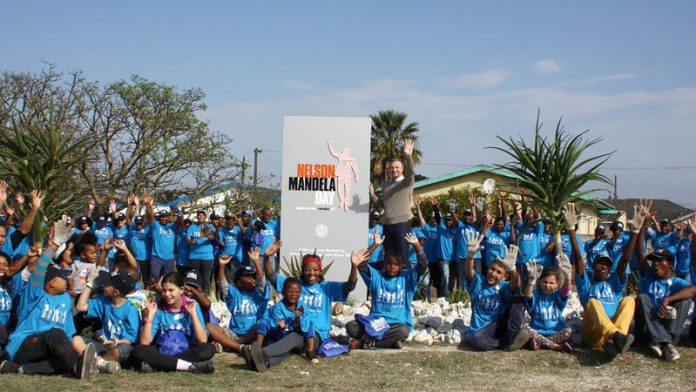 Volkswagen Group South Africa (VWSA) is one of the largest private sector employers in the Eastern Cape, and has invested considerable funds and effort into giving back to the local community.

“Community upliftment and development is an integral part of Volkswagen’s DNA, with each of over 100 global locations of the group subscribing to the UN ideals of sustainable economic development and growth,” says Nonkqubela Maliza, the group’s director of corporate and government affairs.

To date the company has invested more than R100-million in its array of corporate social investment (CSI) initiatives.

These focus on education, youth development, health and community wellbeing, enterprise development and the environment.

Education and youth development receive about 80% of the CSI spend because the company is determined to align its investment with national priorities.

The VW Community Trust (VWCT) runs a bursary programme that encourages participants to return to their communities and feed their skills back to others.

In addition, it has donated R970 000 to the Ikhwezi Lomso Preschool in Uitenhage’s KwaLanga area, which has a dire need for quality education.

Other projects that stand out include career guidance programmes, the Innovative Youth programme that offers tutoring, and the Edu-Peg Primary School Maths programme for numeracy and literacy.

VWSA has expanded these efforts into other provinces with the Adopt A School programme and support for early childhood development.

The group’s list of achievements is extensive and has provided for the educational and financial support of hundreds of children and their teachers.

The Nal’iBali National Reading Campaign, investment in the Uitenhage/Despatch Science and Technology Centre and the Centre for Early Childhood Development are also great initiatives.

However, the group has not sat on its educational laurels and has taken its CSI responsibility seriously to ensure that it does not run in isolation, but rather works in collaboration with national and local government priorities.

To this end it has ensured that its funding is responsive to the needs of society and that projects are created through dialogue and consultation.

In addition, VWSA has participated in environmental initiatives such as Amarok Anti Rhino Poaching and EcoMile Run for the Planet.

The company inspires its employees to become more active in the community.

“The opening of the loveLife Youth Centre, which VW built from scratch, is one of those outstanding moments for me,” says Maliza. “We have overcome some difficult hurdles and being involved in a project of such magnitude, and to see it come into being was a moment of pride for me and my staff.”

The Show of Hands employee volunteer programme was launched in 2011 after an employee survey revealed that more than 80% of the employees wanted to get their hands dirty.

Since then it has implemented 11 volunteer events and more than 900 employees have taken part in the various projects.

One superb example is when the volunteers arrived at the Nonkqubela Pre-Primary School to lay down about 1 000m2 of lawn, plant 70 indigenous and fruit trees, and build a nature study garden.

From nothing to verdant abundance, the school now has water tanks and resources for young children.

“CSI is integral to long-term business success,” says Maliza. “Businesses can only succeed if the communities around them are healthy. Volkswagen is about people and making life better for everyone because people are at the heart of Volkswagen, and we need to make sure they are happy, healthy and whole.”

The programme was chosen to win the Chairman’s Award of Excellence this year because of its wide reach, its holistic approach to CSI implementation and its strategic partnerships.

VWSA entered three categories of the awards and was well placed in each of them.

The annual Chairman’s Award of Excellence is bestowed upon a programme that has shown a remarkable commitment to acting as a driver of change and investing in the future of the country.

The VWSA Group’s multi-faceted CSI programme was chosen because it has managed to assist young and old in almost all sectors of South African society.