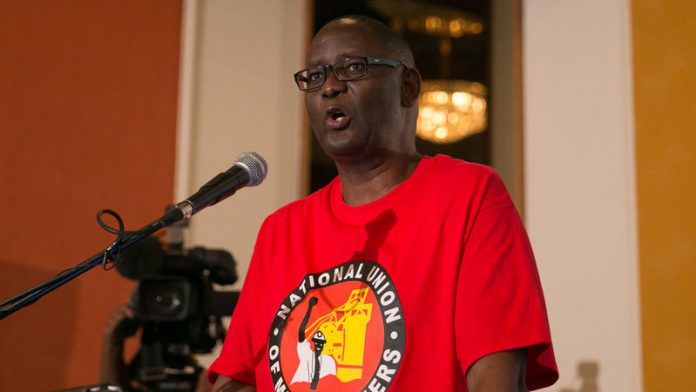 Zwelinzima Vavi believed his public apology for his affair with a Cosatu staff member would save him from being suspended as general secretary of the trade union federation.

This is contained in a replying affidavit that Vavi filed in the high court in Johannesburg on Friday.

"… I never realised that a suspension may be considered."

In August, Cosatu said Vavi had been put on special leave pending the outcome of a disciplinary hearing relating to his affair with the junior employee.

In July, the employee accused him of rape. He said they had an affair.

The woman subsequently withdrew a sexual harassment complaint against him.

In these, he asks the court to grant him an interim order interdicting and restraining Cosatu from enforcing any decision taken at its central executive committee meeting in August.

He wants final relief to review and set aside the decision to suspend him and institute disciplinary proceedings.

Full investigation
​In his replying affidavit Vavi claims the decision to suspend him was taken at a side meeting on the day of the central executive committee meeting, in his absence.

"This second side meeting then made a complete about-turn and decided that I should immediately be suspended and that only thereafter should a disciplinary process take place," he says.

"Importantly, the president [Sidumo Dlamini] stated that no vote was needed as 'we have a decision'."

Vavi says the central executive committee had not voted on his suspension as was required in clauses 5.6 and 11.4 of Cosatu's constitution.

"Therefore, no decision, alternatively, no valid, proper and lawful decision, was taken by the central executive committee and I was also not afforded a hearing on the question of my suspension prior thereto."

After the August central executive committee meeting Cosatu said a full investigation into the allegations against Vavi would be conducted as well as a disciplinary hearing.

In his court papers, Vavi says it had been two months since the central executive committee and yet nothing had happened.

However, he says he would not feel comfortable returning to the central executive committee to discuss his suspension.

"It is with respect farfetched to submit that I should return to the central executive committee on the question of my suspension, when that very same body had ridden roughshod not only over my contractual rights, but also over the requirements and provisions of the constitution as pointed out in these papers," says Vavi.

"No reasonable person can expect me to return to this body to get any justice in this regard." – Sapa