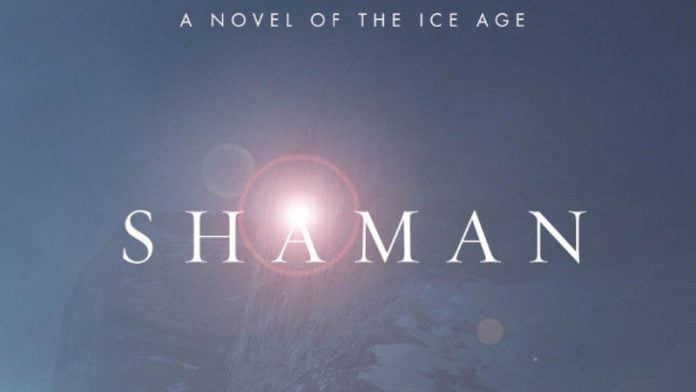 Shaman is a departure for Hugo, Nebula and Locus winner Kim Stanley Robinson. It is a history, tracking back 32 000 years to the Paleolithic era, and inspired by the discoveries of frozen ice-walker Ötzi and the painted Chauvet Cave.

For him, this story of apprentice shaman Loon and his people is located within science fiction because "only by way of science do we have this ever-clearer vision of our past, making it possible to tell the story". It also engages with a classic SF dilemma, the nature of humanity. Shaman is Robinson's exploration of: "What are we? What can we expect to become?"

So how well does this science fictional approach avoid the baggage of the prehistoric fiction genre? The genre is over-full of tales that fail because their voice is anachronistic, omniscient ("She gazed in awe at the giant beast, later to become what we know as an elephant"), racist, romanticised, or comically simplistic. Robinson steers skilfully through these rapids.

He describes trawling studies of proto Indo-European, Anglo-Saxon and Basque (one of the oldest European languages), to create a voice that sounds right. He has succeeded. His words are direct and accessible to modern readers, rich in metaphors and poetry drawn from  the natural world, and free from modern baggage.

The genre also has a tendency – particularly prominent in fictional imaginings of Southern African rock art – to present cave paintings as the teleological creations of stoned shamans, with little or no aesthetic component: "They painted what they wanted to kill."

Robinson's shamans certainly chew bitter herbs and dream, but they paint as artists: making the best of limited colours, miscalculated space and uneven surfaces; deliberately working for effects of life, movement and emotion.

Shaman is a compelling tale, taking in trial by endurance, kidnapping, a trek into the unknown, fights, rescues and romance. Loon's society is teetering on the edge of great changes.

Pockets of Neanderthals – "the old ones" – less adept at language, and without technology, are dying off. Loon's people have stone tools, shape clothing, cook or preserve some of their food. The herbalist devises her own empirical methods for testing plants, and begins a science versus religion debate with the shaman.

Above all, the relationship between humans and the natural world is shifting: the recurring concern of Robinson's work.

Animals have not yet been domesticated, but a cat hangs around the herbalist for scraps, and another group, further north, is attempting to tame wolves.

The magic of painted imagery serves as a metaphor for the magic of human language: the thing that separates Loon's people from the animals they hunt and kill, but also still honour as relatives.

Unlike many prehistoric novels, Shaman revels in its nature as a work of imagination, not history. Embracing that freedom is what makes it an absorbing, exhilarating read.

As Robinson has said: "We're mammals with language … very different from our horizontal brothers and sisters because of language most of all."