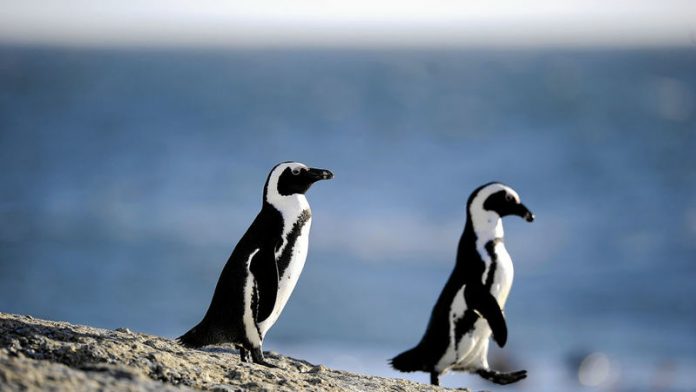 I hold no prejudice against penguins. The funny walk and tuxedo attire of these wonderfully charismatic creatures are much loved.

Bring on an oil spill and community do-gooders will happily chip in to clean feathers. But bring the African penguin biodiversity management plan, with its fundamental questions on the gap between science and strategic policy implementation, and the supporters scatter.

The 80-plus people involved in the development of the plan (from a workshop in October 2010) has led to 68 pages listing 64 point-to-point actions and citations of 48 information sources. Compared with the biodiversity management plans for the black rhino, the critically endangered cycad Encephalartos latifrons and the bearded vulture, it reads like something between a technical project document and an undergraduate dissertation.

The indicators associated with the list of actions is in the form of copious written outputs (strategy documents, guidelines and research reports) and the establishment of various bodies (technical working groups and a steering committee). No mention is made of quantifiable success targets such as increases of penguin populations or expansion of their feeding and breeding grounds.

The biodiversity management plan lacks operational goals required to establish performance monitoring of institutions responsible for its implementation. This makes it onerous for those at the coalface (at local governance level) who have to account for staff deployment, time and budgets.

Where resources are needed to implement the actions list, vague statements are offered, such as "time and funding needed", "internal and external resources needed" and "specialised skills needed".

The format of biodiversity management plans comes into question. Perhaps a template that gives room for context-specific modifications is required (on content, scope and quality standards).

The past three years have seen a sharp escalation since the inception of biodiversity management plan legislation in 2004.

This may reflect degeneration of nature conservation management, the lag time of implementing legislation, the government's desire to demonstrate pre-election progress, or uncensored scientific opportunism of pushing through pet species projects (this would be for the scientific authority hosted by the South African National Biodiversity Institute to determine).

The pelargonium biodiversity management plan drafted in mid-2011 took into account regulatory aspects of bioprospecting and protection of traditional knowledge.

Civil society watchdogs rightly pointed out its failure to leverage community-based ownership rights to further the aims of the plan. In other words, the role of the key stakeholder residing outside the sphere of government was not explicitly drawn into the design and implementation strategy of the biodiversity management plan.

Clearly, it remains a grand challenge to mainstream biodiversity protection into all spheres of government and to decentralise responsibilities to those beyond who are key stakeholders.

Ten years since the inception of the legislation, it is perhaps time for a national discussion and a review of the subject.

This is only possible with a blend of strategic and technical oversight, experience in the legal drafting of co-ordinated actions, transparency, and effective consultation and participation processes. If not, then these plans may amount to nothing more than well-intentioned but short-sighted bits of paper.

Dr Janice Golding is an honorary research associate at the Plant ­Conservation Unit at the University of Cape Town.