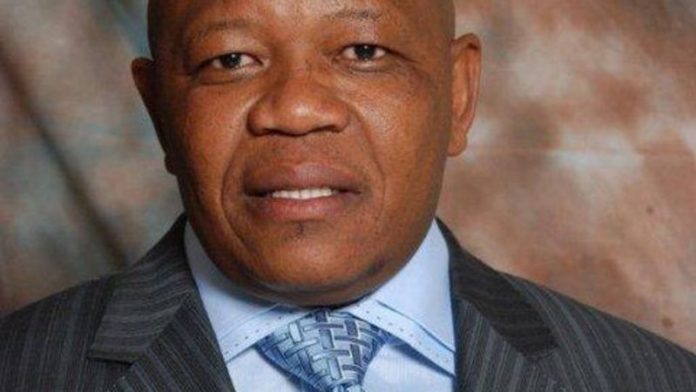 ANC North West acting provincial secretary Gordon Kegakilwe stands accused of abusing state funds for personal use and misappropriating the provincial legislature’s monies. It is alleged that between April 2012 and July 2013, when Kegakilwe was the ANC chief whip in the legislature, his office spent taxpayers' money in an improper way.

The Mail & Guardian has seen a forensic report by Sizwe Ntsaluba Gobodo auditors that found that Kegakilwe pretended to pay R40 000 of state funds to sponsor the ANC women’s league trip to Durban, but instead took the money for himself, that he bought four second-hand vehicles for over R593 000 without issuing a tender and registered the cars under the ANC parliamentary constituency, that he failed to ensure that the vehicles were insured and used the state credit card for payments that he later claimed back as if he paid from his personal account.

The ANC chief whip’s office, now under acting chief whip Khoza Pelele, ordered the forensic investigation in July. The investigation focused on supply chain management tender processes followed in procuring goods and services for the period of April 1 2012 to July 13 2013 and the usage of credit cards by Kegakilwe in his capacity as chief whip. While Kegakilwe remains a member of the provincial legislature? Pelele was appointed to act in the chief whip position because acting as ANC provincial secretary requires that Kegakilwe spend most of his time doing party work at Mphekwa House.

The findings were leaked to the M&G in a week that Kegakilwe is set to contest a provincial secretary position against Tlokwe municipality chief whip Dakota Legwete at the weekend’s provincial general council scheduled to be held in Orkney.

Forensic auditors assessed documents related to the transactions and obtained oral evidence by interviewing nine people who played a role in facilitating concerned transactions, most of them employees of the ANC chief whip’s office.

Investigators, however, acknowledged the possibility that not all relevant information and documentation has been presented to them.

No transport
On the R40 000 said to have been paid towards transport for an ANC women's league's trip to Durban in January this year the findings of the investigations said: "We interviewed Hon Suzan Tsebe former acting secretary for the ANC women’s league, who is currently at national Parliament [and] she mentioned that no transport was provided by the office of the chief whip from Mahikeng to Durban for the women's league."

Tsebe is contesting for the provincial treasurer position this weekend on the slate that’s opposing Kegakilwe’s one.

The purported transport supplier, owner of PSNAP Construction and Development, Papi Pule, also confirmed to investigators that such services were not provided.

"He further explained that the money was debited into his account but he was told to return R35 000 and keep R5 000 by the chief whip Mothibedi Gordon Kegakilwe," reads the report.

The investigation also found that in October last year a company called Batlhalefi Projects was paid R593 894.40 for the purchase of four vehicles: a Toyota Yaris and three Toyota Corollas, all of them old models of 2005, 2006 and 2008. No tender was issued for this.

While the invoice that investigators assessed indicated that the four vehicles are under service warranty and have one year mechanical guarantee, auditors found that two of the four cars were taken to Mecca Panel Beaters for repairs. The first car had its engine "completely replaced" at R32 500, a clutch kit replaced for R2 500 and a radiator water bottle replaced, among others. The full amount of repairs cost the legislature R51 433.14.

"The vehicles should have been taken to Batlhalefi Projects as they are still under warranty," the forensic report said. In addition, the panel beaters overcharged the state.

"There is an invoice that shows that Mecca bought an engine for R15 000 from another service provider, however it was sold for R32 500 by Mecca to the office of the chief whip," the report said.

Insurance
Auditors found that none of the four vehicles were recorded on the Fixed Asset Register of the office of the chief whip.

Because the cars were either not insured on time or their cover suspended because a required inspection was not done, the insurance company rejected two claims, one for R34 352.67 and the other one for R91 927.

Kegakilwe’s office is also fingered for renting a string of cars under questionable circumstances. Ten car rental transactions were processed between March and August this year, all of them listing Kegakilwe as one of the users. A Jaguar XF 4DR luxury vehicle was hired five times within six months, the longest period being the two months from March 31 to May 30 at a cost of R84 540. All the 10 car rentals cost the legislature R312 578.

An affidavit by Pule, obtained by investigators, stated that he was asked by Kegakilwe to provide a R40 000 invoice claiming that he transported members of

ANCWL to Durban. Money was deposited into his account a day after submitting the invoice and Pule delivered a portion of it to Kegakilwe’s house in Mahikeng’s suburb of Riviera Park.

The balance was given to an employee of the chief whip’s office who confirmed to auditors that he received R5 000 from Pule and passed it on to Kegakilwe.

State credit card
Kegakilwe is also accused of claiming money back from the legislature while he had used the state’s credit card for payments. R3 700 was paid to him in March while R3 614.93 was paid in August. Investigators recommened that Kegakilwe be asked to provide answers to the legislature.

A North West ANC member of the provincial legislature who requested anonimity because the report has not been tabled at the legislature said the findings should be referred to the Hawks for action.

"Using state funds for the party is not admissible, it’s highly illegal," the MP said. "Even if the money was indeed paid towards transporting the women’s league, this is a big fraud."

Kegakilwe responds
In his response to M&G questions Kegakilwe said it’s "imperceptible that a report of such severity would find its way in the media before it could be presented to my organisation [the ANC] which has deployed me, and the legislature.

"The timing of the leakage of this report, which has not been tested is very interesting, especially in the wake of an impending provincial general council which is commencing in two days."

Kegakilwe said he’s always cooperated with any investigation including a probe into his affairs as the chief whip because "I have always acted in a manner which does not bring indignity to the office I occupy. I am quite cognisant of the proponents of this leakage and their agenda, an agenda which can only be destined for failure."

He said he hopes that beyond the provincial general council, the forensic report would be presented to the appropriate platforms, but the report’s leakage "creates doubts and aspersions on the credibility of the investigation and its outcomes."

ANC North West spokesperson Kenny Morolong said that the party was "not privy" to the forensic auditors’ report and could not comment on it.

"It's [the report] exposure to the media leaves much to be desired. The ANC will deal with its contents at an appropriate time and not through the media," Morolong said.

Parts of the provincial ANC will target their former premier, Magashule, and the Free State PEC in a rolling mass action campaign
Read more
National

The spate of arrests for corruption continues apace in Gauteng and the Eastern Cape.
Read more
Health

When employees do not give their best, it is the organisation that suffers the most. In the case of government this directly affects citizens
Read more
Advertising