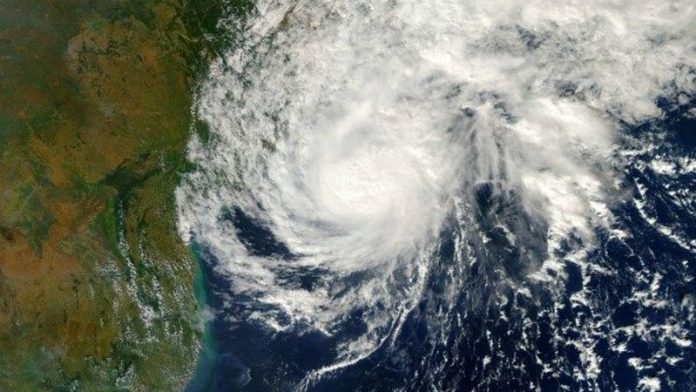 Hundreds of thousands were evacuated as a severe cyclone slammed into southeastern India on Friday, packing strong winds and torrential rains and killing at least two people, according to officials.

Two people were killed by falling trees in the storm that comes a month after a cyclone left at least 18 people dead and a trail of destruction along coastal Andhra Pradesh and in the eastern state of Orissa.

The cyclone was expected to be downgraded into a "deep depression" later Friday, the official said.

State authorities have evacuated hundreds of thousands of people out of the storm's path and rushed emergency services into areas reeling from the high winds and heavy rains.

"Hundreds of thousands have been moved.

Evacuation
We were expecting the evacuation of 400 000 people," the NDMA official said.

Rains, accompanied by winds packing speeds of up to 70km an hour, lashed parts of the mainly farming state, she said.

"Sea conditions will be very rough off Andhra Pradesh coast during the next 12 hours."

The Indian weather office said there could be "extensive damage to thatched roofs and huts".

Some 20 rescue teams have been deployed in the flood zone to provide help, the official said.

Helen, which is labelled "severe", is considerably weaker than the "very severe" cyclone Phailin which pounded the east coast further to the north in October.

The most powerful storms which strike India at this time of year are classed as "super-cyclones", followed by "very severe" and "severe".

Phailin, which had winds of over 200km an hour, tore across parts of Andhra Pradesh, ripping out trees, flipping trucks, snapping power lines and flooding farmland.