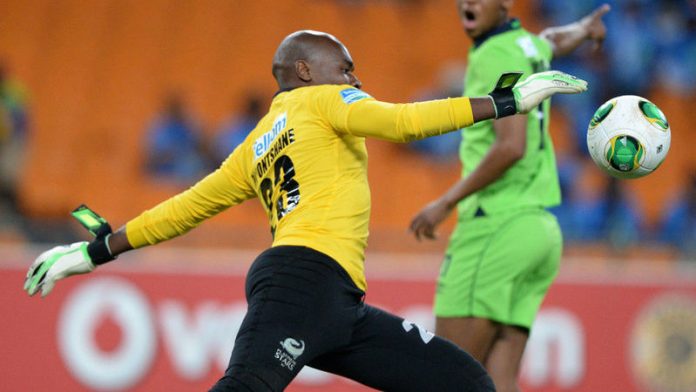 "You have to believe … and once you believe that you can do it, it comes through," Freese said after the game at FNB Stadium on Saturday night.

A second half Thabiso Semenya effort booked Stars' place in the final, ensuring a meeting with Orlando Pirates, after the Buccaneers edged SuperSport United earlier in the day.

"I'm happy for the supporters who came, they watched a good game of football.

Stars' place in a second final
Dikwena's victory continues their remarkable run in cup competitions, having already tasted success in the MTN8 this season, where they defeated Pirates in the final to win their first trophy in seven years.

Freese said he was delighted to have secured Stars' place in a second final.

"We came with a game plan, we stuck to it and it worked out.

"I told them that there's 45 minutes to get to Mbombela Stadium. I'm happy that we're in another cup final. For me personally and for the club."

Chiefs coach Stuart Baxter admitted the Soweto outfit were caught napping in the 52nd minute, shortly after half-time, and conceded the goal from a position that could have been avoided.

"And when you give away corners and free-kicks unnecessarily in those critical phases, that's usually what decides football games. Especially in the cup when the game is so cut and thrust.

"I thought we did okay in the first half. If we built on the first half, we could have won the game. We didn't. We allowed them the goal and then they defended that bravely."

With the disappointment behind them, Baxter was eager to put the defeat in the past and re-focus the team's attention on the rest of the league campaign.

"I think the attacking unit was not composed enough when we got into good situations. We didn't really calm ourselves down and make the best of it.

"We have to defend better, we have to be better in possession of the ball and we have to make sure that we're more competitive." – Sapa

With a nation watching, Jomo Cosmos is one side look to use the Nedbank Cup to rediscover their prestige.
Read more
Advertising
Continue to the category
Politics