Editorial: Now you decide about Nkandla 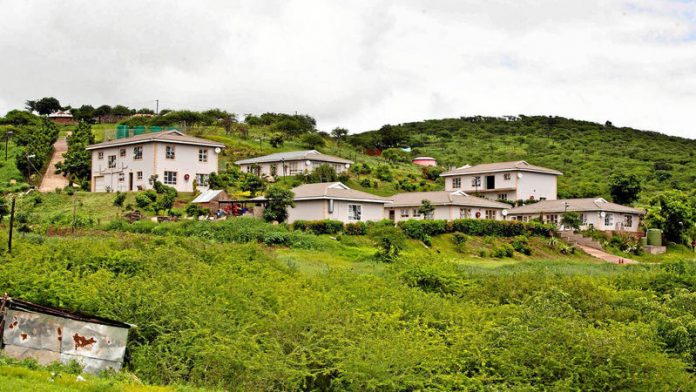 The Mail & Guardian on Friday revealed key findings of the public protector on the R215-million "security upgrade" at President Jacob Zuma's Nkandla homestead – and we fully expect a howl of protest over our disclosures. Thuli Madonsela's report is, after all, a provisional one that has not yet been run past the affected parties.

We make no apologies. All the evidence points to a systematic attempt by the government to shield disclosures about the scandal from public view, and there are good reasons for fearing that the security ministers who tried to interdict Madonsela earlier this month may be planning further litigation to block its release.

In his affidavit in that case, Police Minister Nathi Mthethwa warned that, as Madonsela is not a security expert, "it will be argued at an appropriate time, when the need arises", that she cannot decide what constitutes a security breach. He added, ominously, that if she "arrogates to herself that power to determine whether or not there is a breach of security … I am advised that she will in law be acting ultra vires [beyond her powers]".

Madonsela is on record as saying that nothing in her report poses a threat to the president's security, and we are satisfied that none of our disclosures has implications for the safety of the first citizen.

The decision to publish has been influenced by official attempts to spin and sanitise the findings, in a context where ordinary South Africans are denied access to them and cannot form their own opinion. In a clear attempt to protect the president, Parliament's joint standing committee on intelligence has thrown up a dense smokescreen of justifications for Zuma, invoking the government's task team report – which, of course, remains classified.

Our duty is to our readers and to the broader South African public – and we are determined to ensure that they have the benefit of the unvarnished truth.

Our exposé explains why the ministers and their servants in Parliament are so concerned – contrary to earlier claims, Madonsela's provisional report is damaging to Zuma. It finds that he and his family received undue benefits and recommends that he reimburse the state. It argues that he misled Parliament. And it underscores his indirect intervention in the scope and cost of the Nkandla upgrade by inveigling his own architect, builders and others into the official state-funded upgrade.

It is worth detailing the pattern of official obstruction. On alleged security grounds, the public works department initially refused even to reveal the contract prices. Its response to amaBhungane's application under access to information law was to invoke security legislation and give nothing, until the investigative centre forced its hand through litigation.

Public Works Minister Thulas Nxesi has consistently refused to release the task team report into spending at Nkandla, which he commissioned after the scandal broke last year. In addition, the authorities have run interference on Madonsela's research. She has complained that government ministers tried to deter her by claiming her investigation duplicated those of the auditor general and the Special Investigating Unit, when no such investigations were done. Her provisional report contains further details of official obstruction, including the refusal to allow her to copy documents and the exclusion of her investigators from important meetings.

With an election looming, it is conceivable that the government will do everything in its power to keep Madonsela's report under wraps. As a public interest newspaper, it is the M&G's duty to ensure that does not happen.

EFF thrown out of parly committee after ‘physical threat’ to Gordhan

The heads that will roll: Zuma allies face an uncertain future

Nkandla: Did Zuma flout the Constitution or make a mistake?