China’s Jade Rabbit blasts off to the moon 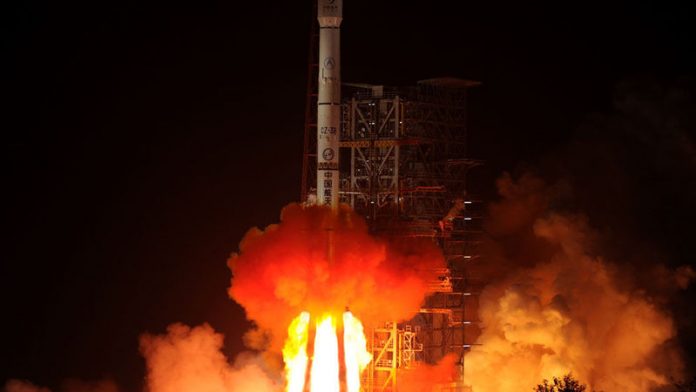 China launched its first rover mission to the moon Monday, sending a robotic craft named Jade Rabbit to trundle across the lunar landscape, examine its geology and beam images back to Earth.

A rocket carrying the rover aboard an unmanned Chang'e 3 spaceship successfully blasted off early on Monday from a launch centre in south-western China and was scheduled to arrive on the moon in mid-December, the official Xinhua News Agency said.

"We will strive for our space dream as part of the Chinese dream of national rejuvenation," Xichang Satellite Launch Centre director Zhang Zhenzhong said.

If the Chang'e 3 successfully soft-lands on the moon, China will become the third country to do so, after the United States and the former Soviet Union. A soft landing does not damage the craft and the equipment it carries. An earlier Chinese craft orbited and collected data before intentionally crash-landing on the moon.

Far behind Russia, US
The solar-powered rover will survey the moon's geological structures and set up a telescope to survey the surface as well as observe the Earth's plasmasphere, a region of dense, cold plasma that surrounds the planet, Xinhua said.

China sent its first astronaut into space in 2003, becoming the third nation after Russia and the United States to achieve manned space travel independently. China has already said its eventual goals are to have a space station and put an astronaut on the moon.

The military-backed space programme is a source of enormous national pride and has powered ahead in a series of well-funded, methodically timed steps. It has already made major breakthroughs in a relatively short time, although it lags far behind the United States and Russia in space technology and experience. – Sapa-AP