A humble start for Samuel Semat 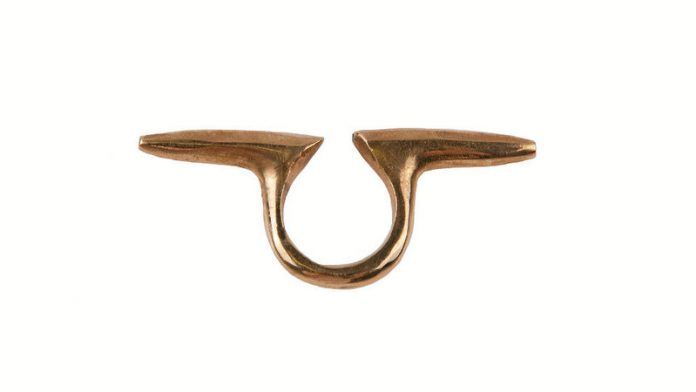 Kenyan jewellery designer Samuel Semat gets his brass from "recycled metal like broken water taps and padlocks" that he buys from scrap-metal dealers.

He lives in a village called Kona Baridi in the Ngong Hills, about 30km from Nairobi, where "the main economic activity is looking after animals", he says, and women in the village make extra money by selling beadwork to the passing tourist trade.

Semat learnt beadwork from his late mother; after school he supported himself and his siblings with a mix of this craft and casual labour, until he was employed by a British fair-trade company called Made, which promoted and sold local Kenyan products.

Made gave Semat the opportunity to work with and learn from established international designers such as Pippa Small and Natalie Dissel.

"They encouraged me to pursue designing and work," Semat says.

When Made retrenched him, Semat used his payout to start his own business. He now employs six people, and supports 20 women from his village, who produce the handmade brass jewellery.

A collection featuring 10 of Semat's pieces, including rings, bracelets, bangles, bag charms and necklaces, is now stocked at Missibaba in Cape Town after designer Chloe Townsend met Semat on a recent trip to Kenya.

Semat says his designs are "connected to nature, to my day-to-day activities – the bull ring and the crown ring, for example, are inspired by the animals in my village. Basically, it's what is all around me."

To make each item, the collected brass is melted in a furnace before being poured into moulds Semat makes from fine beach sand. "From there I sand them [using a bench grinder] to the best quality, then polish them."

Semat says he sets a target of producing 100 pieces each month, but that this depends on the number of orders he gets, and he is limited by lack of access to "proper tools and equipment, machinery, a soldering kit, and exposure to the local and international market".

Lack of training poses an additional challenge as it "makes it hard to compete with other designers out there".

"All the women I work with come from my village. Some went to school with me, and were married off at an early age," he says. "The majority have never seen the door to a school. But they do a wonderful job. We manage in one way or another."

The limited-edition Samuel Semat collection starts at R500 an item, and is available from Missibaba, 229 Bree Street, Cape Town.