Acid mine drainage has Jo’burg quaking 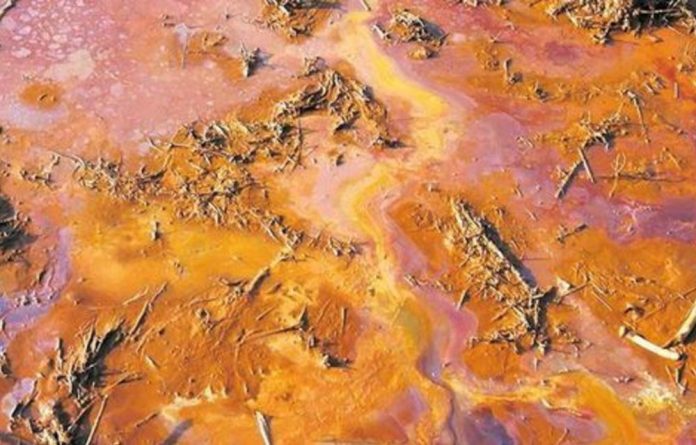 Is Johannesburg sitting on a seismic time bomb? In the past month, two earth tremors measuring four on the Richter scale in northern South Africa have further highlighted growing seismic activity in the area, reigniting fears that the city could be hit by a major earthquake.

The first tremor hit Johannesburg in the middle of November, and the second reportedly had its epicentre near Bela-Bela in Limpopo on Monday.

Although media reports suggested the two events were unrelated, the second disturbance was clearly felt in greater Johannesburg.

Michelle Grobbelaar, the seismology unit manager at the South African Council for Geoscience (CGS), confirmed that the average number of seismic incidents in Johannesburg has doubled from five to 10 a month since 2008, and that rising levels of acid mine drainage are thought to be responsible.

The insurance industry is clearly concerned. A spokesperson for the Actuarial Society of South Africa, Natalie van de Coolwijk, told amaBhungane that the society, in conjunction with the South African Insurance Association, has launched “a formal and dedicated investigation into the seismic activity”.

“The reason for the increase is not 100% certain. However, the evidence does lead to fluid-induced seismicity within the abandoned mines,” Grobbelaar said. “The main evidence was that seismicity increased once pumping stopped at disused mines.”

To track seismic incidents in Johannesburg, the CGS expanded its South African National Seismograph Network in 2010 to include 12 new monitoring stations in and around the city.

She said the council is closely monitoring levels of acid mine drainage.

The CGS stopped supplying data to the International Seismological Centre in the United Kingdom in March 2012, and the actuarial society said that the absence of recent, reliable statistics has hampered research.

The society first embarked on an investigation of its own last year, but said it was  unable to make a conclusive risk assessment because it could not obtain the information it needed from the council.

Asked to explain the drying up of vital information, Grobbelaar said that the council could not send data to the international body because it had not had an opportunity to verify and audit the records of its seismic monitors. A lack of funding had contributed to the delays.

At its 2012 convention, the actuarial society produced charts highlighting the steady rise in the regularity of seismic events. In the first months of monitoring, January-February 2000, about two incidents were noted, compared with a peak of more than 30 in March-April 2009.

The possibility that mine flooding might account for rising seismicity was raised by Olaf Goldbach of the Council for Scientific and Industrial Research in a paper at a conference on hard rock safety in 2009.

Goldbach explained that mines become flooded with acid mine water once they were closed and pumping ceased. Underground water pressures then rose significantly, affecting the stability of natural and mine-induced rock fractures and causing them to slip and generate tectonic events.

Fears of disastrous seismicity resurfaced again at the actuarial society’s conference last year, when the University of Pretoria’s Andrzej Kijko highlighted the possible damage that could be caused if a magnitude 6.8 earthquake hit Johannesburg.

In 2011, the department of water affairs instructed the Trans-Caledon Tunnel Authority to undertake emergency works “to protect the respective environmental critical levels … in the eastern and central basins [of the Witwatersrand] and to lower the underground mine water levels in the western basin”.

Hope springs (not) eternal in spat over toxic sludge

Relief at delay of carbon tax in 2014 budget