Nic Dawes: Mandela and my two brackets of absence 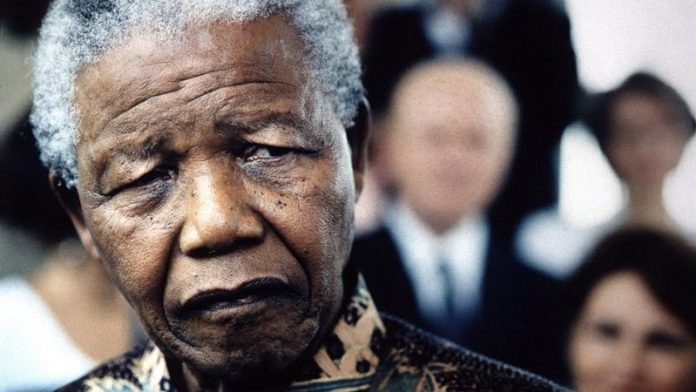 I was at school in Canada when the news came through, Madiba, that you were to be released at last from prison. And I am in India now, a pupil of a different kind, as you are released again, from all of our need for you.

Twenty-three years and two brackets of absence around my adult life.

My father woke me with a 3am call from Cape Town that February morning to tell me you would be released and the ANC unbanned. I remember the nylon carpet, the wan fluorescent light, the coiled brown cord of the phone. We spoke for a while, then I ran to the girls' dormitories to rouse Audrey Mothupi, who had come to Vancouver Island via her PAC family's Tanzanian exile, and Ruanne Barnabas, a South African of Indian origin one year our junior.

At breakfast the three of us led the cafeteria in the (then unofficial) national anthem, Nkosi Sikelel’' iAfrika. Two-hundred kids from 80 countries sending that great hymn out over Pedder Bay to the straits of Juan de Fuca and the wide Pacific. Many of the other students were experiencing their own liberations around that time, in Germany and across Eastern Europe, in Russia, and in Chile and the room resonated with it.

Audrey and I both came home to a free South Africa.

A pin-sharp memory of that time: marking my ballot in soft, pencil next to an image of your face, drawing the lines over and over until they were thick and black, making the public-privacy of this act last. It was a fleeting moment of the clearest joy; a stitch-shaped cross to pull together all that is divided.

Things necessarily, ineluctably, got more trickier after that.

Audrey and I were able to turn our excellent education and a bit of social capital into success, prosperity, and meaningful work in a free country. We both settled  in the same idyllic Johannesburg neighbourhood, close to the headquarters of Standard Bank, where Audrey is a senior executive, and to the Mail & Guardian newspaper, where I was until recently editor-in-chief.

I had profited from the cosseting of white privilege, and Audrey from the schooling available outside of apartheid South Africa which catalysed her considerable talent. People like us were the greatest beneficiaries of South Africa's opening up in the 1990s. Not all the children of freedom were as fortunate.

Many have been able, through their own capacity, and through the mechanisms of transformation and redress that you insisted were essential to a just transition, to escape poverty, and to more fully express  their human potential. But many more remain immiserated, trapped without tradable skills in a market with less and less need for the hewers of wood and drawers of water that apartheid education was designed to produce. It is the greatest tragedy of our transition that these conditions continue to be replicated in schools across our country.

I have spent my career trying to navigate and understand the South Africa that grew out of those years, and my own place amid their extraordinary successes and their deep, enduring failures. When I left three months ago to travel to the heart of India's complex and turbulent transformation, my own country was frayed and anxious.

The natural legitimacy of the great liberation movement you led and loved was a stock of capital drawn down into overdraft, still writing electoral cheques for now, but deep in political default, its leadership beset by factionalism and greed. After delivering an extraordinarily stable, credible, democratic transition in partnership with the people of South Africa, it was presiding over policy drift and a fracturing social sphere, succumbing more and more to the temptations of soft-authoritarianism (and at Marikana, not so soft).

After flying out of Johannesburg in August, I found myself in a country asking equally fundamental – and often very similar – questions about its trajectory. Could it grow fast enough to lift millions of people out of poverty? Could it do so while delivering social justice and preserving its environment? How would painful and persistent divides between classes, castes and communities be managed? How could a rising power better articulate its place in a changing world order, and a difficult neighbourhood?

I was awoken in Canada in 1990 by a landline call. In Delhi it was an SMS, followed by a stream of tweets and Facebook posts that blossomed across my phone with the paling in of dawn.

You remain, as you will have known, an enormously important figure in India, the DNA of our separate liberations is tightly coiled from Gandhi via Nehru into the solidarity of the 1980s.

And the resources we have for answering our big questions are not that different.

Friday was the anniversary of the death of BR Ambedkar, the father of India's Constitution and the most important figure for the liberation from post-colonial bondage of Dalits.

He is as much your peer as Gandhi and Nehru, whose names are more often mentioned in one breath with yours.

Like you, he understood that democracies must be built on laws, not men. Like you he is an icon of the struggle for justice and human dignity that transcends those laws. His voice isn't heard as much as one might expect in today's India, but his example is everywhere.

South Africans are demanding accountability and development through new political parties, and old ones that are changing, through social movements and unions, and active citizenship. Indians are doing the same.

In South Africa, we drifted away from you, we forgot your radicalism, the steel you wrapped in gentleness, we wanted something clearer, easier, more confirming. We are returning now, in the moment of your departure, even on the far side of the world, wrapped in tears and distance. And billions are with us.

Nic Dawes was the former editor-in-chief of the Mail & Guardian. He now resides in India, where he is chief content and editorial officer of the Hindustan Times.?