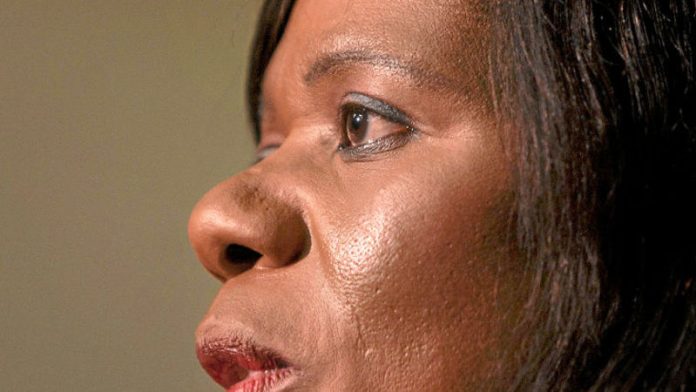 Mpumalanga public works will not discuss Public Protector Thuli Madonsela's report on Pilgrim's Rest until it receives a copy, the department said on Thursday.

"The department has not received the final report about Pilgrim's Rest directly from the public protector. We will comment once we have received it," said spokesperson Dumisani Malamule.

The report exposes the unlawful eviction of 17 legitimate businesses in June last year and irregularities in the awarding of new leases to "previously disadvantaged" tenants in the historical gold mining town, which is a living museum and national heritage site.

The department of public works, which owns the buildings, gave the original tenants 30 days to close. Immediately after the evictions, the business owners went to court and also lodged a complaint with the public Protector.

Justice Stanley Makgoba halted the evictions in July 2012 pending a review of the tenders after finding that the processes were flawed, and not fair, equitable, transparent or competitive.

He ordered the department to give the court and lawyers of the evicted businesses the relevant tender documents for review.

'Gross irregularities'
The public protector released her report into the matter on Thursday night and found that the "process was characterised by gross irregularities and maladministration – poisoned processes".

"Businesses that legitimately qualified to be awarded the tenders and many of which were running sustainable businesses beneficial to the community were prejudiced by or suffered an injustice due to the department's maladministration with regard to the award of the new leasing tenders," said Madonsela.

She found that the notice given to the evicted businesses was unreasonable and insufficient. The businesses included a restaurant, an arts and crafts shop, pastry shop, jewellery store and a filling station.

“The failure by the department to give proper notice prejudiced business owners, the community and sustainability of Pilgrim's Rest as a national heritage site and tourist attraction.

"The conduct of the department in this regard, constitutes improper conduct and maladministration,” she said. Madonsela suggested that department head Kgopana Mohlasedi cancel the new shop leases, start a new procurement process that complies with relevant laws and standards of fairness; and ensure that current business owners are given at least three month's notice if they fail in the new bidding process.

Wasteful
She suggested that both Mohlasedi and MEC Dikeledi Mahlangu take action against any official who allowed fruitless and wasteful expenditure to take place by failing to comply with the public finance management Act (PFMA), or acting in an otherwise irregular or unauthorised manner.

On Friday, leader of the Democratic Alliance in Mpumalanga, Anthony Benadie, welcomed Madonsela's report and called for disciplinary action to be taken against officials involved in the maladministration of the procurement processes.

"Many businesses had to close in Pilgrim's Rest which led to a devastating effect on the area and the local economy because of maladministration by public works, so disciplinary steps must be taken against the head of department and officials involved in this mess," said Benadie. – Sapa