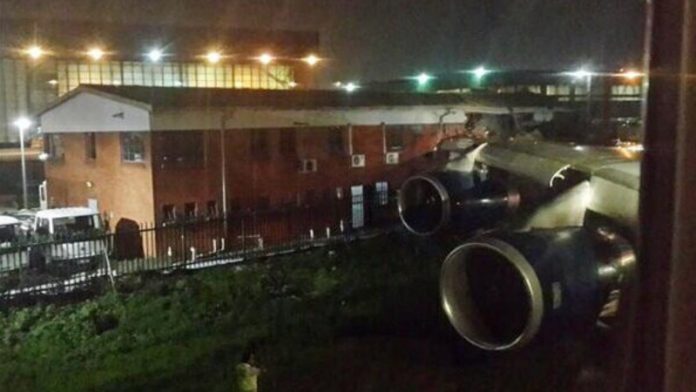 Four airport staff members were injured when a British Airways Boeing 747-400 hit a building at OR Tambo International Airport in Kempton Park shortly before taking off for London, Airports Company South Africa (Acsa) said on Monday.

None of the 180 passengers on board the aircraft, headed for Heathrow Airport, was injured, said Acsa spokesperson Unathi Batyashe-Fillis.

The four ground-handling staff were in the building when it was hit by the aircraft on Sunday night, she said. Their injuries were minor.

The passengers affected were accommodated overnight at an airport hotel.

Batyashe-Fillis said the building and one of the aircraft's wings were damaged in the crash.

"The aircraft has since been moved to a remote location and operations have not been disrupted," she said, adding that the accident was being investigated by the South African Civil Aviation Authority. – Sapa

New airline may rise from ashes

​Direct flights from London to Durban will boost tourism industry

Acsa needs to explain why its CEO has not faced disciplinary action on a list of allegations that include undermining a corruption investigation.
Read more
Advertising