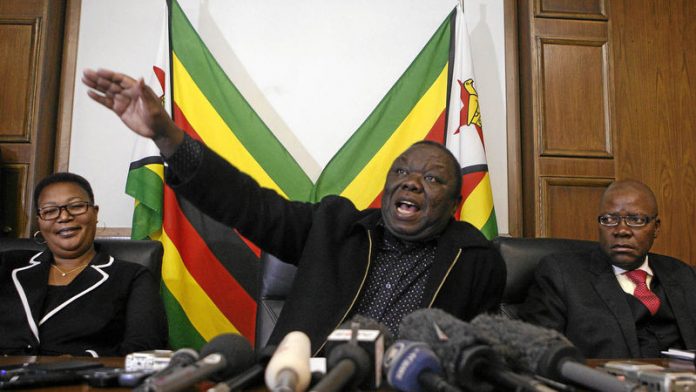 Zimbabwean ambassador to Australia Jacqueline Zwambila told Australian media that her country's July elections had been "stolen" by President Robert Mugabe's government and that she did not feel safe going back to Zimbabwe once her posting ends on Tuesday.

Zwambila, who is aligned with Zimbabwe's opposition Movement for Democratic Change (MDC), was appointed in 2009 by the MDC's former prime minister Morgan Tsvangirai, who lost the presidential vote to veteran leader Mugabe.

"No one would raise a red flag unnecessarily and as a party we remain cautious and concerned after Ambassador Zwambila expressed concern over her personal safety," MDC spokesperson Nelson Chamisa told news agency AFP.

"What we know for sure is that relations between her and the government were frosty and it's difficult for us to assure her security as we are not in government."

The MDC said it had learned the government had decided to recall MDC-aligned ambassadors without reassigning them.

Attempts to reach the foreign ministry for comment were unsuccessful.

Up in the air
Zwambila said she was seeking a protection visa so she can stay on in Australia with her family once her diplomatic status expires. But it was not immediately clear if Canberra would approve her request.

"I don't feel safe about returning to Zimbabwe at all," Zwambila said in a video posted on the Canberra Times website, branding the current government "illegitimate".

Zwambila voiced fears of indefinite detention if she went back, saying she had been threatened with arrest after a court found that she owed several hundred dollars to a tradesman. She denied the charge.

"So many things have been done to me since I've been here in Australia, the smear campaigns and threats … There is no way I feel safe being in Zimbabwe or going back to Zimbabwe," she said.

While in Australia, Zwambila was accused of exposing herself but was cleared by a Zimbabwean government probe and in court in Australia, according to the MDC.

The election win by Mugabe, in power for 33 years, saw Australia join the United States and Britain in questioning the credibility of the polls. – Sapa-AFP