Chan: The tournament Bafana have been waiting for 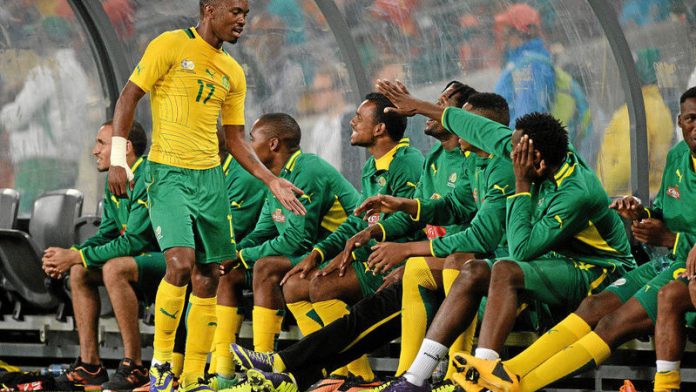 The African Nations Championship (Chan) kicks off on Saturday, a noble but undercooked idea that will struggle to find credibility with the public, but could yet provide a much-needed fillip for South African football.

The 16-team tournament is a three-week exercise on the same scale as last year's Africa Nations Cup, although this time reserved only for home-based players.

It means a motley collection of quasi-national teams, devoid of any star names and lacking in spectator appeal, but a godsend for South African club coaches, who have on their doorstep until February 1 a giant shopping mall of affordable African talent.

The idea of the Confederation of African Football is to provide more international exposure for players still based on the continent and for countries traditionally overshadowed by the footballing superpowers, full of foreign-based talent.

Chan is also a test of which African country has the best domestic league, or at least a higher standard of competition, although that is weakened by the absence of teams from Algeria, Egypt or Tunisia this time round.

International status
Tunisia are the holders from three years ago in Sudan, where a ragtag side who were representing South Africa made it all the way to the quarterfinals, even though most players came from the third division. In those days they were called "Amabinneplaas".

This is not really "Bafana", although the decline in the status of the national side and its nickname is such that few actually care either way. But it is a strong South African team that has finally made it to the start line despite the best efforts of football officialdom to render as impotent as possible the local challenge.

Indeed, coach Gordon Igesund has a squad vastly more experienced than most of the competitors. Traditional powerhouses such as Burkina Faso, Ghana, Mali, Morocco and Nigeria will compete with selections dominated by players who have never played full international football. Nigeria do have five players from their winning Africa Nations Cup squad of last year, but none had any game time in 2013. Ghana and Morocco's teams are virtual C or D selections.

But the 16-team Chan field also has countries whose overseas exports are limited and, therefore, their squads are virtual first choice selects, notably the Ethiopian team that bettered South Africa in the World Cup qualifiers and on Thursday January 9 were named as one of the finalists for African Team of the Year award at the CAF awards in Lagos.

Strength
Burundi and Mauritania are at full strength – although that means little – and Congo, Gabon, Mozambique, Uganda, Zimbabwe and past winners the Democratic Republic of Congo have relatively strong selections. The tempo, proficiency and professionalism of the local Premier Soccer League should be a determining factor in Igesund's favour, even if he has had to do without players from Orlando Pirates and SuperSport United.

There is enough quality and experience to ensure South Africa can overcome a lack of preparation and go on to do well in the tournament, all the way to the final, and hand a confidence booster in the international arena to a country in dire need of some success on the world stage.

Winning Chan, of course, is no panacea for the failures of 2013 – losing in the quarterfinals of the Nations Cup hosted on home soil and then embarrassingly finishing behind Ethiopia in World Cup qualification. But Pirates helped to rekindle an appetite for success on the African stage with their run to last year's African Champions League final and success by this quasi-Bafana side will help to heighten the importance of South African sides starting to do well in continental competition again.

The opening game is at the Cape Town Stadium on Saturday where South Africa will meet Mozambique, followed by Mali against Nigeria.

Group B will be played at the Athlone Stadium in Cape Town, Group C in Bloemfontein and Group D in Polokwane. The semifinals are both at the Free State Stadium and the final will be at the Cape Town Stadium.