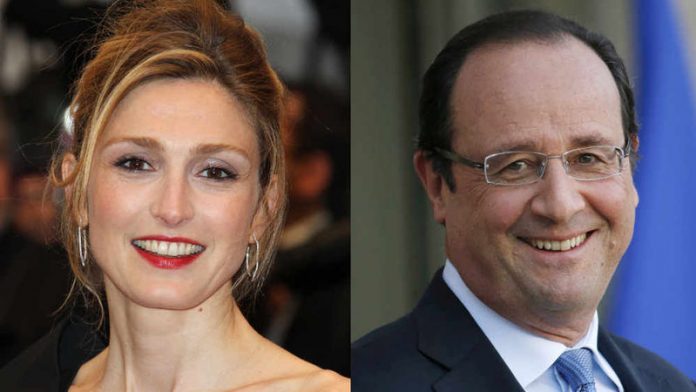 French President François Hollande threatened on Friday to sue celebrity magazine Closer, complaining of breach of privacy after it alleged he was having an affair with actor Julie Gayet.

The weekly French tabloid, criticised in 2012 for publishing topless pictures of Kate Middleton, Britain's Duchess of Cambridge, printed seven pages of photos of comings and goings outside a Paris apartment block to support its allegation.

"François Hollande greatly deplores the invasion of his privacy, to which he has a right as any other citizen does. He is studying what action, including legal action, to take following this publication," a source in Hollande's office said.

The source did not directly deny the story, however.

In a statement later on Friday, Closer said that at the request of Gayet's lawyer it would remove all reference to the alleged relationship from its website, but there was no mention of plans to pull the publication from newsstands.

While the French have long been indulgent of their leaders' infidelities, the pictures were an unwelcome distraction for Hollande as he battles to revive the eurozone's second largest economy and faces record low approval ratings in opinion polls.

According to Closer, movie actress Gayet (41) is seen arriving at the apartment block in Paris's upmarket eighth arrondissement late at night. The pictures then show the arrival of a man resembling Hollande's bodyguard. A second man – which Closer said was Hollande – then arrives on the back of a scooter. He is unidentifiable because he is wearing a black helmet.

Subsequent photos taken in the morning show the first man arriving with what Closer said was a bag of croissants, then the second man in a helmet emerging and jumping on the back of a scooter.

The woman resembling Gayet, who has acted in French films including the 2013 comedy Quai d'Orsay in which she plays a vampish diplomatic adviser in the foreign ministry, then comes out and heads down the street.

Gayet, a Socialist party supporter, openly backed Hollande during the 2012 presidential race, describing him in one filmed interview as "fantastic" and "really ready to listen".

Unfazed French
There was no comment from lawyers for Gayet, a mother of two. She filed a complaint for breach of privacy last March after rumours of an affair with Hollande became public.

Allies and foes of Hollande defended his right to privacy. "For me this magazine is disgraceful, I have no interest in this," said a 30-year-old Parisian communications sector worker who gave her name as Emmanuelle.

"It's his private life. There are more important issues than this," she said, reflecting the general lack of interest among passersby in central Paris.

Marine Le Pen of the anti-immigrant National Front, normally a vocal Hollande critic, was also uninterested. "As far as the president is concerned, as long as not a cent of public money was used … I believe that everybody has the right to the respect of their privacy," she told i-Tele TV.

Hollande (59) came to power in 2012 and according to polls is the most unpopular president in France's modern history for his failure to tackle unemployment stuck at around 11% and a widespread sense that he lacks authority.

The Closer article overshadowed news of a surprise rebound in the French economy in late 2013, with the Bank of France estimating last-quarter growth at 0.5% and November industrial output beating analysts' forecasts.

The timing could undermine the socialist's efforts at a New Year's news conference next Tuesday to unveil a pro-business plan aimed at encouraging firms to hire more staff. The president is also scheduled to travel to Rome later this month for an audience with the pope.

Hollande is in a long-term relationship with ex-journalist Valerie Trierweiler, who has assumed the functions of France's first lady. Her lawyer declined to comment. He has four children from a previous relationship with Segolene Royal, a senior member of his Socialist Party and a 2007 presidential candidate.

Royal announced their separation just after she lost the 2007 election to Nicolas Sarkozy.

French politicians have in the past been known to have affairs, with little impact on public opinion, most notably former Socialist President François​ Mitterrand, who had a daughter with his mistress.

The French public shrugged off Sarkozy's complicated private life during his presidency. Divorced from his wife Cecilia in 2007, Sarkozy married singer and ex-model Carla Bruni after a lightning romance in February 2008. – Reuters