Too classy to be bothered with Jo’burg’s poor 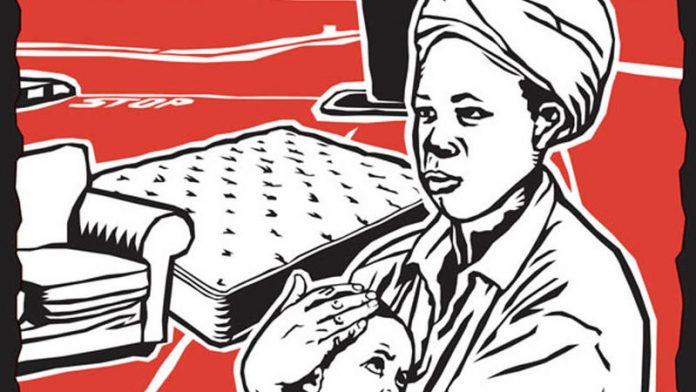 Nomsa, who was born and raised in a rural village in the Eastern Cape, decided to move to Johannesburg for employment opportunities after the advent of democracy.

She did not have accommodation but called on a m'khaya (friend from home) who was living in the inner city.

Nomsa's m'khaya informed her of a building in the inner city where rent was R480. About 120 other people, including the elderly and children, were living there.

She moved in and began a new life, working and enjoying some independence. A few years later the person to whom she was paying rent disappeared and all the occupants received an eviction notice.

At the time, Nomsa had two children to support by doing piece jobs, for which she earned about R800 a month. What was she to do if she was evicted?

The city's development agenda focuses on large-scale infrastructure and "cleaning up" in the inner city. Many derelict buildings, long abandoned by their owners, are now earmarked for restoration and development.

But there is a problem: people live in these buildings and call them home. Families, children, workers – people – have lived in many of these buildings for long periods, from several years to well over 10 years. Parts of the inner city are being "revived", but this revival is being conducted at the expense of the poor and marginalised.

As human rights lawyers, we fight battles against eviction in court and lead parallel processes by having conversations with business people and property owners. In such conversations, the perceptions often articulated are that poor people in South Africa have a culture of entitlement, that they seek to hold on to free housing and that they are dependent on social welfare. This is incorrect.

Many people relocate to urban areas looking for opportunities, as was the case for Nomsa who relocated from a province that has many challenges in terms of employment and of accessing basic services and amenities.

Acting in the best interests of her family, Nomsa sought a better life. When she relocated to a dilapidated building in the inner city, she paid rent in good faith to a person whom she understood to be the owner.

Many people would be sympathetic to the position of legitimate owners when they wished to evict occupants from whom they derived no income, particularly if such evictions would be the first stage in a process of refurbishing a building.

However, Nomsa and the other occupants should not be construed only as a burden to a property owner.

Their situation is evidence that there are many people who need better living conditions, which include access to healthcare, schools and other facilities that are inaccessible in other areas of the country.

There is a need for state intervention to alleviate the burden on the private owner.

Alternatively, ways of achieving economic growth without disregarding people's rights must be explored.

In many of the communities with which we partner, or those that we represent, there are people who wake up each morning to go to work, but are paid an amount that is less than the monthly cost of living in the inner city. Living outside the city centre means incurring transport costs that drain even more of their monthly income.

By contrast, a two-bedroom townhouse in the northern suburbs can cost about R12 000 a month.

Most of the people who are being evicted in the inner-city area are security guards, cleaners, nannies and domestic workers.

The average monthly household income in one of the communities we represent in this area is R550.

Those who are not formally employed survive on informal trade, such as washing cars, part-time domestic work and the sale of recyclable material.

We advocate for fair eviction processes and state compliance with its constitutional obligations to protect the rights of individuals to have access to adequate housing. But beyond the rule of law, in the new constitutional dispensation there ought to be a fight for fairness for disadvantaged people and the circumstances that they confront on a daily basis.

As much as we understand that one right in our democratic Constitution is not preferred over another, certain rights must be interpreted contextually – with due consideration for people's social and economic circumstances. Access to housing is one of them.

To return to Nomsa, her right to housing is not the only one affected by the eviction notice. The fact that she does not have access to adequate shelter infringes her right to privacy, safety and equality.

Nomsa's right to dignity and the best interests of her children are also affected.

These additional factors have to be considered by a court of law when adjudicating on these matters.

At this point, the city needs to implement court orders to provide temporary alternative accommodation and to revaluate its housing strategies to realise the rights of the poor, marginalised and vulnerable members of society.

It has been argued by many people that the law is one-sided and subjects a property owner to undue hardship during an eviction process.

The Constitution and the legislation pertaining to eviction processes seek to protect both the landowner and the person facing eviction.

The law requires very specific steps to be taken before a valid eviction order may be implemented.

One of these steps is that there must be temporary alternative accommodation for those who are to be evicted.

In December of 2011, the Centre for Applied Legal Studies successfully obtained an order from the Constitutional Court that a municipality must have a plan for temporary alternative accommodation, irrespective of who owns the building, before eviction may take place.

People who are evicted and would otherwise be rendered homeless must have a place to stay.

It is sad to note that the challenges confronting our society relating to inadequate housing affect all races regardless of gender or age but have mainly had an adverse effect on black people.

For women, the housing crisis impedes the rights to family life and to the safety and privacy of a permanent home because the community set-up poses a threat of sexual violence against women.

Nomsa's story is similar to that of people who lived in a building near the Arts on Main precinct.

Although the residents were paying rent to a purported owner, the real owner instituted eviction proceedings.

The evictions took place on a weekend at 3am just before Christmas in 2012.

After the eviction, the families were forced to take shelter under the bridge opposite the precinct – they could not afford rent anywhere else and their "formal employment", informal trade and piece jobs were in and around the Johannesburg area.

One woman went into labour and gave birth to a baby girl. After returning from hospital, the mother and child continued to live under the bridge.

After about seven weeks, the community members were forced to relocate without consultation. Their stay under the bridge affected businesses in the area and this is probably what forced the city to act.

The process of their removal from under the bridge showed how much emphasis was placed on their removal as opposed to where they would be placed. Currently, they live at a shelter.

We believe that enhancing the economy and creating a "vibrant city" is possible without sacrificing the economic opportunities for indigent South Africans.

Therefore, as the state, private business and people passionately continue to create a growing economy and a vibrant "world-class African city", we should pause for a moment and think of Nomsa, her children and many more families living in downtown Johannesburg who may be driven further into poverty by the profits inherent in this process.

Zeenat Sujee is a senior attorney in the basic services programme at the Centre for Applied Legal Studies. Keamogetswe Thobakgale is a candidate attorney at the centre and will be a clerk at the Constitutional Court from June.

Living the high life in a Ponte penthouse