Grey goods are not simply a black-and-white matter 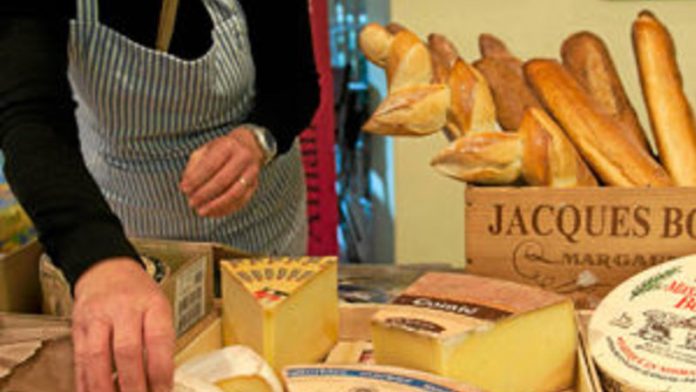 The next time you pick up an imported chocolate or a handwash at your local retailer, have a good look at the packaging.

You may not realise it but you could be buying a "parallel imported product" — something that some retailers see as the answer for cash-strapped consumers.

But experts are concerned that the selling of these goods may be hurting local business and are ultimately a burden on the economy.

Parallel imported goods — or grey goods, as they are often referred to — are genuine products imported by resellers from other countries where the brands are sold. They are bought at a cheaper rate there and resold in South Africa.

Take a shrewd electronics retailer, for example. The retailer could go to the United States and take advantage of bulk sales of genuine branded iPads and Kindles.

Even after paying import duties on the items, the retailer could still sell them for less than those sold by authorised distributors. Sounds like a good plan, right?

Either the resellers will provide the back-up services and guarantees, or as is often the case with fast-moving consumer goods, no one will.

Steven Yeates, a partner in the trademark and litigation department of legal firm Adams & Adams, said grey imports capitalise on the reputations of brands already established by licensed distributors.

"You can understand why a company that has a licence to distribute products in South Africa doesn't like grey imports. They spend a lot of money marketing, creating demand, distributing, paying for advertising and providing back-up sales.

"They've put a lot of effort into it and then somebody else basically comes in and rides on their coat-tails."

Owen Dean, who has been practising copyright and trademark law in South Africa for more than 40 years, agrees: "I personally think it's very unfair."

"The complainants went to great lengths to show how they had worked very hard to build up the South African image of the brand," he said. "The parallel imports were [acting as] parasites."

But, Yeates said, many local resellers are not following this directive.

Because labels are missing or lacked prominence, customers often don't realise that they are buying grey goods or the implications thereof, he said. Dissatisfied customers then direct their complaints to the obvious source: the licensed distributors.

"There's a difficulty faced by the distributor," Dean said. "The distributor might decide to honour the guarantee in order to preserve the brand. He is then faced with the added burden of servicing products that were not provided by him."

Giving rise to other abuses
So what equates to short-term savings could then translate into bigger costs for the economy, Dean said. "In the short term, it seems beneficial but, in the long run, it's damaging the brand and gives rise to other abuses, such import duty evasion," he said. "[And] it muddies the water around preventing counterfeit goods."

In Yeates's opinion, "people don't realise it's costing the economy money. Consumers are saving money but ultimately I would guess it would start to cost jobs and lower revenue for those companies that are actually investing in South Africa."

According to Yeates, the practice is becoming "more mainstream", although the South African Revenue Service has provided no figures to back this up.

If necessary, consumers can lodge a complaint about offending resellers with the National Consumer Commission.

Some parallel imports, such as food and medicines, are subject to additional regulations imposed by the National Regulator for Com­pulsory Specifications.

These products must undergo safety and standards tests before they are sold locally.

In July last year, two Dettol and Domestos products were imported from the United Kingdom without being registered with the regulator or undergoing tests. Both were subsequently pulled from the shelves.