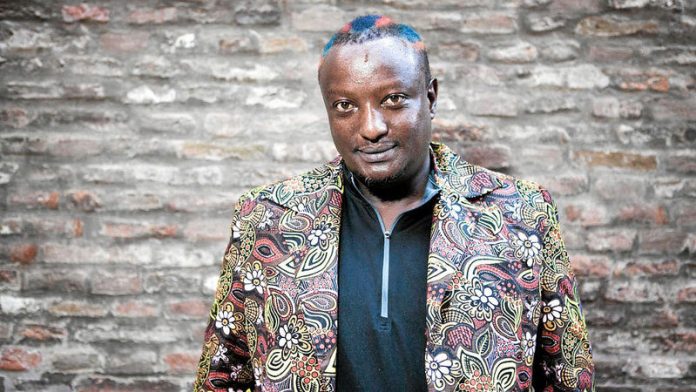 Binyavanga Wainaina, one of Africa's leading literary figures, has responded to a wave of recent anti-gay laws on the continent by publicly outing himself in a short story.

The Kenyan author and founder of the influential Nairobi-based literary journal Kwani said he would continue to travel to Nigeria, where gay and lesbian people face arrest and up to 14 years in prison under new legislation, and Uganda, where MPs passed a Bill imposing life sentences for homosexual acts.

"I'm a pan-Africanist; I belong to this continent," said Wainaina.

A regular visitor to Nigeria, where he said he had "lots of fun", the writer added that returning now would be an "adventure".

One of the most high-profile Africans to announce his sexuality, he published I Am a Homosexual, Mum last weekend to coincide with his 43rd birthday.

Calling it the "lost chapter" of his 2011 memoir, it is a reimagining of the last days of his mother's life in which he goes to her deathbed and tells her the truth about his sexuality.

The piece, which cuts back and forth between different ages, as well as real and imagined memories, confused some readers, prompting the author to tweet: "I am, for anybody confused or in doubt, a homosexual. Gay, and quite happy."

A documentary, featuring the writer discussing his revelation and issues surrounding sex and identity in conversation with friends, was due to be released this week.

Many Kenyan and other African media outlets have contacted Wainaina since the story was published but he had deferred interviews, he said, until the documentary was online.

"I have received thousands of messages from Africans all over the continent, from diaspora Africans, telling me: ‘You have my support.'"

The timing of the move was not accidental, Wainaina admitted.

The persecution of gay and lesbian people in Africa has been in the headlines since Nigeria passed new laws criminalising homosexuality and launched a wave of arrests; and Uganda's Parliament in December passed a draconian ban on homosexuality that called for life sentences, which was vetoed by President Yoweri Museveni.

The winner of the Caine prize for African writing in 2002 and the author of the widely read satire How to Write About Africa in 2005, Wainaina returned to live in Kenya last year after a long absence.

He has been conscious of his comparative freedom in artistic circles in Nairobi and contrasted it with that of a gay friend in the city of Kisumu in western Kenya who died last month.

The family of the deceased were thrown out of their church for trying to hold a memorial. Their son – "because he had what hateful people call mannerisms" – was not safe to walk the streets, he said.

The writer acknowledged that politicians in some countries were using popular prejudices to deflect attention from other issues: "Homosexuality [in Africa] came out of the box a long time ago and it will be used by populists."

Despite bans on homosexuality now in place in more than half of Africa's 54 nations – including Kenya, where gay men can face prison terms of 14 years but arrests are relatively rare – the author said he was optimistic about gay rights.

"There will be setbacks but the reaction wouldn't be as extreme if the movement had no traction. This is not a fatal battle – it's part of the things that happen when a continent is coming up." – © Guardian News & Media 2013