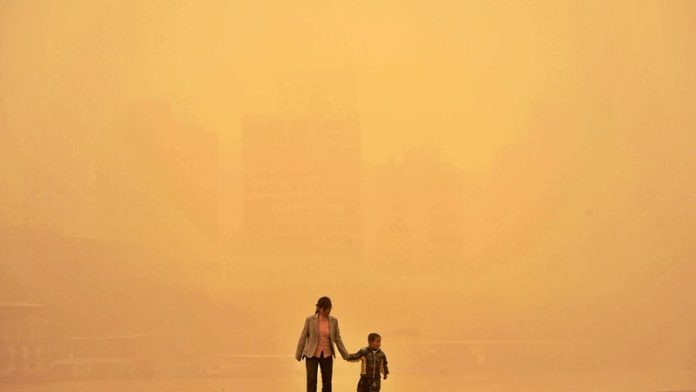 After her boyfriend left her when she was six months pregnant, taking all their savings, Xiao Pan dared not tell her family. Unable to have a late-term abortion, she gave birth without them knowing. "Some friends suggested I give my son away. I decided not to, but to live well and bring him up by myself. I wanted to be strong," said Xiao, now 32 and the mother of a "beautiful, healthy" four-year-old.

"I just thought: I am an adult, and I have a responsibility to him. I held my baby, stroked his back and said: ‘No matter how hard it will be, even if I have to live by picking up rubbish, I will still raise you. Mum brought you into the world – Mum will bring you up.’"

China has seen a dramatic liberalisation of sexual attitudes in recent decades. But although premarital sex has become common, unmarried motherhood has remained a taboo. Only recently have attitudes begun to shift. Like others who break the country’s strict family planning laws, an unmarried mother must pay a fine, even if it is her first child. But there was widespread outrage last summer when Wuhan, the capital of Hubei province, announced a massive rise in fines for births outside marriage to double the rate for married couples who breach the one-child policy.

Officials appeared to water down the plans after the backlash. Until 1997, sex outside marriage was illegal and classed as "hooliganism". Even now it is stigmatised: Xiao, then living in Shenzhen, opted to tell neighbours her husband was travelling rather than disclosing that she was a single mother.

Meanwhile, the widespread availability of abortion allows women to end unwanted pregnancies with relative ease. Zhang Wenwen, a single mother in Beijing, said many people tried to convince her to terminate her pregnancy. Friends accused her of stubbornness when she refused. Her sister said it would be selfish to upset their parents.

"I’m very proud of my son and I’m very happy to tell everyone I meet about him," said Zhang. "But I think everyone is prejudiced, including my parents."

She struggled to find work, with one company stating point-blank that it could not hire her because she was unmarried. "I said: ‘I am not ashamed.’ But the human resources person said: ‘People will think you did something wrong and talk about you. It’s not good for the company,’" she recalled. Such prejudice compounds the financial burden of many single mothers.

Although men should normally pay between 20% and 30% of their income in maintenance, enforcement is often difficult, said Ming Li, a lawyer who has acted for Zhang. Xiao, who received no child support from her ex-boyfriend, said she thought she would have to sell her kidney to pay her son’s medical fees after he caught pneumonia. "Many times, I felt I had lost the confidence to live," she said.

She was found by Little Bird, a grassroots organisation for migrant workers, which subsidised the hospital bill and referred her to a counsellor. Later, it helped her to find a husband who accepted the baby. Her marriage led to reconciliation with her parents, who had refused to see her.

There are hints of a shift in official attitudes. Perhaps as a result of last year’s controversy, Hubei has now taken one step towards fairer treatment of unmarried mothers. It has ordered health authorities to issue free birth certificates, even if the mother is not married. It is thought to be the first province to guarantee this right, rather than leaving it to officials’ discretion. Children need the birth certificate to obtain a hukou, or household registration, which is key to accessing basic services such as health and education.

"It is not meant to encourage women to give birth outside marriage, but to protect the rights of unmarried mothers and their children," said Lu Ying, a gender research expert from Sun Yatsen University.

Xiao said she would never encourage women to become single mothers: "It is really, really tough," she said. But prejudice led to mothers abandoning their babies, she warned, and called for sympathy and understanding for women in her situation.

"We already have so much pressure in life. If society discriminates against us too, it is really hard to live," she said. – © Guardian News & Media 2013