Poet pad is all the rage 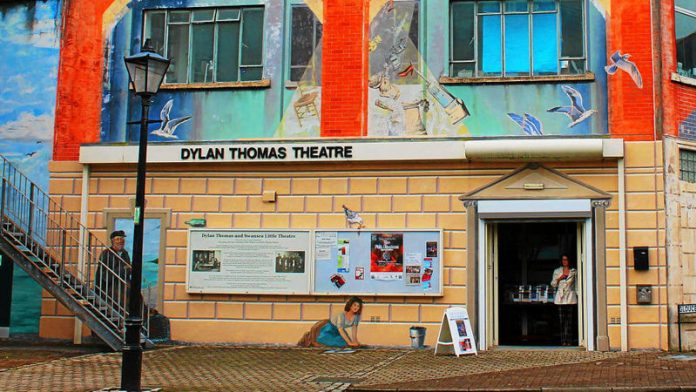 I am standing in the high-ceilinged front bedroom of 5 Cwmdonkin Drive in the Uplands area of Swansea, Wales's second-largest city, and I have stepped back in time. There are no signs of modern life, just a black fire grate, wooden furniture and bright textiles dating to the early 1900s. It was here on October 27 1914 that Dylan Thomas, one of the greatest – and most controversial – poets of the 20th century, was born.

Geoff Haden, the local businessperson who has owned the house since 2005, tells me: "This house was pivotal in Dylan's development as a writer as he lived here until the age of 23. His schoolteacher father read Shakespeare to him in his study and he first put pen to paper in his tiny bedroom; most of his poems were written here.

"When we bought the house, we felt it was important to return it to how Dylan would have known it. Now, we offer guided tours, musical and literary events and people can even stay here on a B&B or self-catering basis."

Best known for his colourful private life as much as for his work, including the poem Do Not Go Gentle and the "play for voices", Under Milk Wood, the centenary year of his birth is the perfect time to explore his home town.

I leave the four-bedroom, semi-detached house at the top of a steep hill overlooking the grey waters of Swansea Bay and cross the road into Cwmdonkin Park. This public green space was Dylan's childhood playground and inspired his poem The Hunchback in the Park.

Cwmdonkin is undergoing restoration and a 1950s-style tearoom has recently opened in the green-and-white bowls pavilion. It is here that I meet Professor Peter Stead, the founder of the annual Dylan Thomas Prize for writers under 30.

He says: "People are mainly aware of Dylan Thomas because of his infamy but he was underestimated. However, a group of scholars at Swansea University has shown him to be a major poet and a great influence. We hope that the year-long Dylan Thomas 100 Festival will help bring his work to a wider audience."

A highlight of the festival is a series of literary tours created by Literature Wales, the agency that promotes Welsh and English-language literature in the country. The tours range from one to six days in Wales, Oxford, London and New York, where the writer died at the age of 39 on his fourth lecture tour of the United States in 1953.

I walk along Uplands Crescent, past hip new cafés, bars and music venues such as Uplands Tavern, formerly the Uplands Hotel, where Thomas developed his love of drinking. The street bustles with students and locals at weekends, during the monthly Saturday-morning local produce market and the Do Not Go Gentle music and literary festival in November. From here, it's a 15-minute stroll downhill, past three-storey early 20th-century terraced villas, into the city centre.

Swansea has changed considerably since Dylan's day: much of his "ugly lovely town", once the world centre for copper smelting, was flattened by the Germans during a three-night blitz in 1941. The docks have been turned into a boating marina lined with stylish apartment blocks and the new National Waterfront Museum takes visitors on a journey through 300 years of Swansea's and Wales's maritime and industrial history.

But traces of Dylan abound on the waterfront, from the Dylan Thomas Theatre, home of the Swansea Little Theatre, of which Dylan was a member in the 1930s, and the bronze statue of a seated Dylan by John Doubleday just outside, to the neoclassical Dylan Thomas Centre, which is the location of the annual Dylan Thomas Festival and a permanent display of Dylan's life and work.

I head to the traditional No Sign Bar on Wind Street, one of Dylan's favourites, to meet a man who can tell me why people are so fascinated by this particular writer. Jeff Towns is one of the world's leading Dylan Thomas experts, an antiquarian book dealer, chairperson of the Dylan Thomas Society of Great Britain and author of Dylan Thomas: The Pubs.

He says: "There are two aspects to Dylan: the writer and the legend. Most people buy books about Dylan rather than his works as they are attracted to him as this bohemian artist. He was cool – he stayed at the Chelsea Hotel in New York and he died young after a drinking session. Then a Jewish-American folk singer called Robert Zimmerman changed his name to Bob Dylan and the legend lived on."

So forget Jack Kerouac: head to Swansea and be inspired by the original rock 'n roll poet.