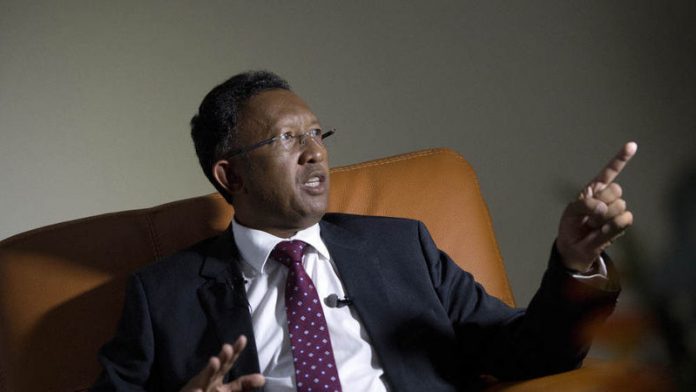 Madagascar's new president Hery Rajaonarimampianina, who won the first elections since a coup in 2009, took office on Saturday, pledging to create an investment-friendly climate in the Indian Ocean island.

The World Bank said on Friday that the next step of forming a government was crucial and resumption of normal lending hinged on the appointment of a new prime minister.

The former finance minister won the presidential election on December 20, the first in the country since the 2009 coup that plunged Madagascar into a political crisis that has sharply slowed economic growth and deepened poverty.

Outgoing president and former coup leader Andry Rajoelina, who backed Rajaonarimampianina in the vote, has said he may seek the prime minister's post in the new government.

Barred from standing
Rajoelina and the man he ousted in the coup, Marc Ravalomanana, were barred from standing in the presidential elections under the terms of a deal brokered by regional African states meant to end the political turmoil.

Jean Louis Robinson, who was defeated by Rajaonarimampianina, pledged on Saturday to organise and unite the island state's fractured opposition.

Full results of the parliamentary elections, which were staged alongside the second round of the presidential vote, have not been released.

Rajoelina said his MAPAR coalition had won about 50 of the Assembly's 151 seats. If confirmed, that would give it the biggest bloc and allow MAPAR to nominate the premier.

The World Bank expects the economy of the nickel-producing state to grow by 3.7% this year, accelerating to 4% in 2015. – Reuters