What we learned at (and about) Davos this year 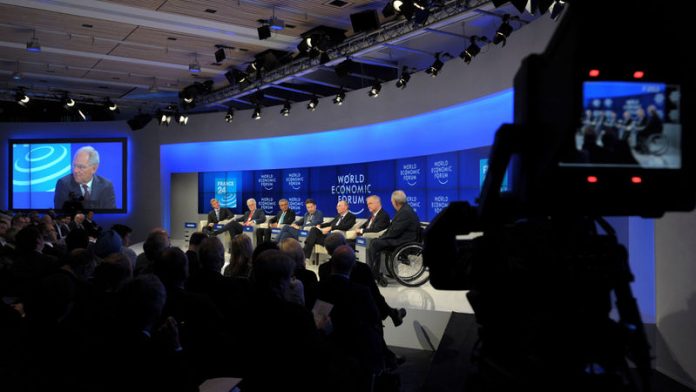 As far as the serious stuff was concerned, those were the main things this reporter took away from the 2014 World Economic Forum (WEF14).

Less important, but just as memorable on a debut outing at Davos, was the scene just after 2am on Friday morning on a packed dance floor at the Belvedere Hotel.

The tonic for the G&Ts had run out, the Sancerre was running low and there was just enough time for one more song at a bash hosted by the management consultancy McKinsey.

As the band slipped smoothly into the O'Jays Love Train, the singer growled: "Okay, I know this is a very special song for all you folks out there. This is the McKinsey song."

Cue an incongruous conga of chartered accountants: Who says actuarists don't know how to let their hair down?

The issue of how a subtly political classic of early 1970s pop soul became the anthem of staff at a corporation more associated with lay-offs than love can be left for another day.

Only 16% of the participants were women this year but the armies of young females working in corporate hospitality or for the WEF itself tends to ensure the gender balance on the dance floor is a bit better.

How much effective brainstorming can really get done when the 2 500 participants are averaging five and a half hours of sleep per night and the likes of Standard Chartered are pushing Singapore Slings on anyone who will have one until the wee small hours?

Even when sober, many members of the Davos crowd can seem to be living in a parallel universe.

Among the most picked-up stories to emerge from this year's meet was a pre-summit report from charity Oxfam which contained the statistic that the world's 85 richest now own as much as 3.5-billion people who make up the poorest half of the global population.

Growing inequality and its implications did creep on to the agenda for WEF14 but it was a subject you would have been hard pressed to hear a conversation about outside of the conference rooms.

"Personally I come for the buzz but there might be a bit of business in it as well," one of the participants, who did not want to be identified but described himself as the owner of a well-known wealth management company, confided.

"You meet a lot of people, most of them have got money that needs looking after and in our business, it's word of mouth recommendations that bring in new customers."

Rebuilding trust
Six years on from a banking crisis now widely accepted to have been triggered by a combination of reckless speculation and spectacularly poor regulation, the real incomes of most ordinary people are still falling across the industrialised world.

But with the eurozone crisis now fading from memory and most advanced economies picking up steam, there was more evidence of bullish self-congratulation than contrition at this year's meet.

Introducing his panel of bankers and regulators, Davies quipped that as well as asking them what could be done to improve their standing with the public he would also "give them a chance just to say sorry."

How the audience laughed! And, for the record, none of the panelists took him up on the offer.

Seeking a platform
Davos may not be too good at reflecting the concerns of ordinary people in its agenda but it is still good at attracting marquee names.

Hassan Rouhani, the Iranian president, was the star turn this year and he will have flown home encouraged by the willingness of Western oil executives to seek him out for private meetings here.

Such behind-the-scenes encounters are supposed to be what Davos is all about but there are signs that its increasingly high profile is turning it into just another platform for politicians seeking a global audience.

Rouhani got to deliver a keynote address and bolstered the cuddly, Twitter-wit image that is helping Iran as it seeks to normalise relations with the United States and other Western powers.

But he said little that was really new and it was a similar story from Japanese Prime Minister Shinzo Abe, with the exception of a clumsy analogy between current tensions in East Asia and the situation in Europe on the eve of World War I.

Chinese Foreign Minister Wang Yi predictably hit back two days later but if Davos was working the way it is supposed to, wouldn't Wang and Abe have had the history discussion over a beer? – Sapa-AFP

An African opportunity for post-Brexit Britain