No ANC election lists, but big plans for local government 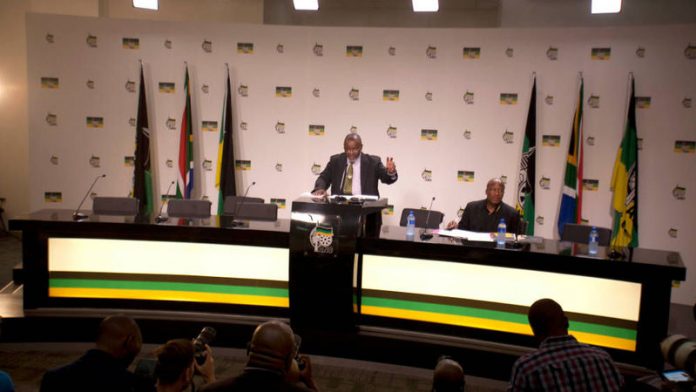 The ANC is preparing South Africans to see their longest-serving leaders redeployed as mayors of "little dorpies" or even humble local councillors.

"There is nothing wrong for [President Jacob] Zuma, when he retires, to become a councillor in Nkandla," quipped ANC secretary general Gwede Mantashe.

The party spoke to media at Luthuli House on Tuesday after a meeting of its national executive committee (NEC), where service delivery protests that have rocked local government of late seemed to have dominated the discussion.

The party seems to fear a deficit of talent and experience among its leaders at the coalface of service delivery: across South African towns and municipalities.

"The NEC agreed with the principle of deployment of former ministers, deputy ministers, members of Parliament, premiers, MECs, MPLs and even former presidents and their deputies to strengthen local government," said Mantashe.

Speculation is rife that stalwart ministers such as Trevor Manuel will not make a reappearance in Zuma's next Cabinet after the 2014 elections. The ANC's latest statement may be aimed at preparing the public for the absence of key names from its Cabinet lists once it is released.

"Many ministers who were in the Cabinet since 1994 are saying, 'We have played our roles, can we do something different?'" said Mantashe. "In the ANC we consider it and deploy people to other roles – it may be local government."

Delayed
The party's NEC met from January 24 to 26 in Irene, Pretoria, followed by the delayed national list conference, which determines who in the party will go to Parliament and the provincial legislatures.

But the room full of gathered media, who were hoping for the lists to be released at the press conference called on Tuesday, was sorely disappointed.

The ANC held off releasing its election lists following its national list conference, saying that it has to be "cleaned and rubber-stamped" before it was ready to be released.

Mantashe explained that some names on the lists would need to be reviewed because of the party's decision to not send councillors to Parliament, unless it was under extraordinary circumstances.

He said it was to prevent local government from being depleted of experience, adding that there were three names from Mpumalanga that needed to be assessed.

Mantashe held off committing to a date to release the list, saying he would prefer to wait until the lists had to be submitted to the Independent Electoral Commission (IEC). "If you release early, you can have complications," he said.

Mantashe took a swipe at the Democratic Alliances's announcement of Agang leader Mamphela Ramphele as their presidential candidate, saying he did not want to answer questions about "rent-a-leader, rent-a-black".

But he later told journalists that the partnership wasn't a blow for the ANC but rather a blow for the DA who would have to justify to its supporters parachuting Ramphele in.