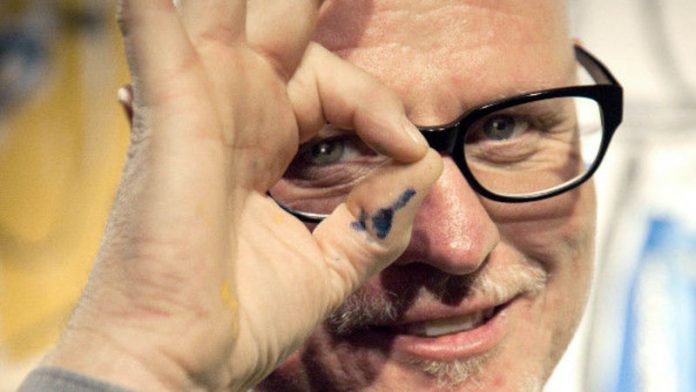 Visual artist Paul du Toit died of cancer on January 9. He was 48 years old. There has been enough talk of dying lately, but, when thinking of Du Toit, it is not his passing that preoccupies me but his vivacity. It is telling that he understood human fallibility well, the virulence of time and the inevitability of an uncompleted life.

"I can't live with dark art," he said. "It depresses me." And yet it is precisely dark art – or the dark arts – that has consumed the South African imagination and that Du Toit sought to overturn.

Bold colours, naive figuration and rapid-fire lines signalled the work of an artist in a hurry. "I always feel as though I am running out of time," he said. "What drives me is my curiosity. It's what drives, or should drive, any artist – a constant hunger to discover new things."

Wondrousness is everywhere evident in this remark; but so is productivity – the belief in work über alles.

Unschooled, Du Toit roamed more freely than others. "I force myself to be uncontrolled so I can keep things pure," he said. And then the gem: "I always say it has to be ugly enough. Then I know it's complete."

Inspired by art brut – by the putatively abnormal, childlike or simply naive – Du Toit learnt from a very early age the value of a world freed from the naturalist or "real". A fabulist, a fantasist, he owed much to the art of Keith Haring, Jean-Michel Basquiat and the early modernists. But Du Toit translated innocence rather than psychosis. And it is perhaps for this reason that South Africa's art world failed to understand him.

Mired in the moral rectitude of resistance culture, exploiting its pariah status, then glibly pimping a global idiom, generally our artists have contributed precious little to our mental or spiritual health. Largely reflexive and cerebral, self-aware and utterly hypocritical, our art has operated as a sop for a global conscience, or as an apologia and a provincial appendix.

But Du Toit was different: vainglorious, unafraid, he took on the world knowing full well that what it needed most was laughter, joy or a blithe feel-good sensation. His motto: "Take only what you need, pay it forward and share what you can."

In a culture of miserable narcissists, Du Toit paid it forward; his life was more an adjectival inclination than a sanctimonious statement.

Children's charities were a crucial focus, perhaps because of his grasp of futurity, or perhaps because it was as a child that he was first cruelly challenged: he developed rheumatoid arthritis at the age of 11 and spent the next three years in and out of hospital. In remission, he discovered the validity of his vision and technique.

If suffering toughened him, it also made him all the more vulnerable. In the end it was the mix that mattered – that complex of fragility and confidence that made his work greatly loved. Because, although the local art world largely shunned him, he was greatly loved by those whose opinions were untrained and undoctored.

It is fitting that Du Toit designed a box to house a TAG Heuer Monaco Mikrograph. His fusion of design and art is on point. "It is amazing how time now becomes part of my art in the form of a watch," he said.