Khaya Dlanga: Affirmative action is here, deal with it 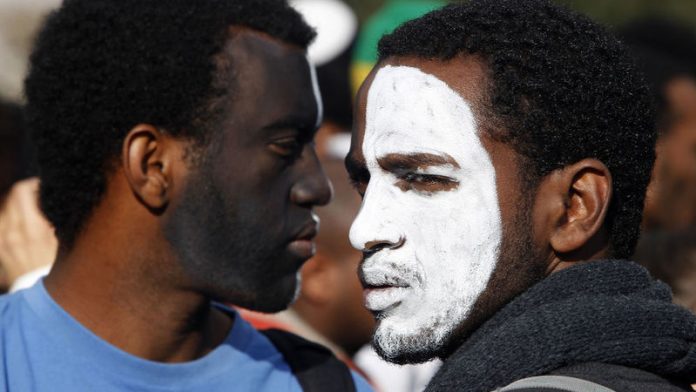 We are still discussing affirmative action years after it has been implemented. It is an incredibly emotional and difficult subject in South Africa. In fact, it is a difficult subject in the United States, where it has been in effect for much longer. One of the reasons it is so challenging is because there is a perception that there is a denial of opportunity for one group and an abundance of it for another. In this case, the opportunities are perceived to be plentiful for blacks and much fewer for white people. This could not be further from the truth, as indicated by the extremely low unemployment rate of white people.

If affirmative action were so detrimental to white people, why is there only a 7% white unemployment rate in South Africa and more than 30% black unemployment? The rate of white unemployment in South Africa is less that many major European countries. If anything, white people should be applauding it and not be seeing it as something that is taking opportunities away from them. The only time I am anti-affirmative action is when it is being clearly misused.

This happens when obviously unqualified and incapable black people are forced to do jobs they cannot handle. Not only do I blame the person doing the hiring in this case, I also blame the person accepting the job. Why take a job you cannot perform?

Going outside the legislative reasons for affirmative action, I will employ the human element of it all. Someone asked me on Twitter the other day why I needed affirmative action as I went to a good school. It is a fair question. I went to a good school really late because that’s when the apartheid laws were loosened, meaning the foundation years of my schooling were on the back foot. In the village I was born in, my classroom was not only overcrowded, but we shared it with another grade. One grade faced one way while the other sat facing in the opposite direction, with teachers teaching classes at the same time. And there was a stint under trees and in mud huts. Yes, I did get a good education … eventually, but that is not how it started.

Even so, a black person who had a great education from day one will not necessarily get a job on competence alone. When apartheid ended and even just before it did, well qualified and competent black people were not being hired – not because they were incapable, but because they were black. Let me elaborate.

White people were taught for years that black people are lazy, liars, stupid and thieves – and those are the kind words. Now imagine you are hiring someone you have been taught is all these things all your life, how likely are you to look beyond what you have been taught? How do you hire someone you have been told not to trust? These beliefs about black people were not going to change overnight simply because apartheid was outlawed. The government needed to intervene to make sure that qualified black people would also get a shot at the job. Affirmative action was helpful in ensuring that qualified black people would not only be considered for jobs, but stand a chance at being hired.

When people go for interviews, people aren’t purely hired on merit, there are other factors: do I like this person? Do we have similar interests? Do we have similar backgrounds? Do we like the same things? Someone may get hired because they are more likeable, not necessarily because they are better than any other candidate. They may be equally qualified, it’s just that the other is more likeable and relatable so they get hired.

Now, in a country like South Africa, where most of the people who do the hiring are white, it makes sense that people would hire those who they can relate to. Of course I know that just because someone looks like you it doesn’t mean they can relate to you. But in most cases it happens. Without affirmative action, black people would still have a tough time getting jobs, simply because they are different.

When opponents of affirmative action speak about it, they always point out the few cases where it failed, never the successes, which are countless beyond measure. So that nonsense must stop.

Unqualified black people who take on jobs they can't do give ammunition to those who believe black people are stupid and lazy. Stop that.

How long will it take before affirmative action is no longer needed? I don’t know. What we need is an overabundance of opportunities and then it will end.