Could this be the iWatch from Apple? 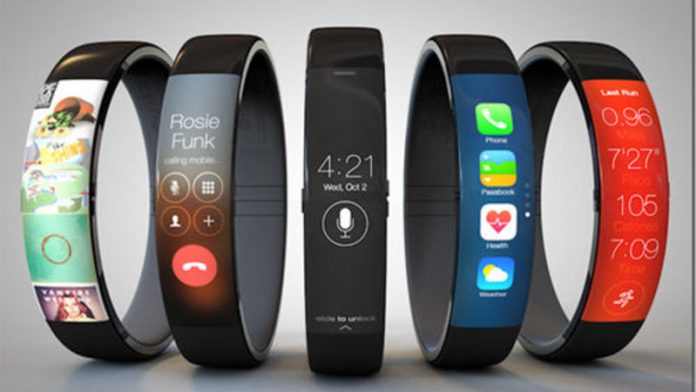 Rumours. Speculations. When it comes to the alleged smart watch from Apple, we have little more to go on. We have been hearing that Apple is about to enter the wearable tech market since 2012 with an iWatch.

But we have seen nothing more to date than increased speculation and could-it-be-this-or-that guesses, ranging from semi-educated to the downright bizarre (and even stupid).

One designer who caught my eye might be spot on. Todd Hamilton is a user interface designer from San Francisco who had some "spare time over the holidays" and mocked up what he thinks the iWatch could look like.

Could this be the iWatch from Apple? There are two reasons why this design makes sense to me:

A touch-screen allows for swiping up and down to interact with various apps. Yet it has tiny buttons on the side for volume and a home button. Little touches that will resonate with consumers.

While this is just a concept and by no means associated with Apple, it does make for an exciting wearable band that people will actually want. However, the race is on.

With the Consumer Electronics Show 2014 showing how many companies are into wearable watches and bands, the clock is ticking for Apple to get in the game.

Once someone commits to a device, they are committing their wrist and it will be difficult for a competitor to get them to change – especially when that device is locked into that company's ecosystem with apps and phones.

For someone to dump their expensive wearable tech in favour of another option, there needs to be a really compelling reason to do so. If Todd's design is more in line with what Apple is launching, then perhaps Apple could pull another rabbit out of its tech hat and, possibly, once again sweep this category clean.

Follow IT consultant, tech analyst and strategist Liron Segev on Twitter on @Liron_Segev and Gadget on @GadgetZA.

Your purse is the Apple of adverts’ eyes

The technology company has launched a new app that will decide what you can and can't afford.
Read more
Sci-tech

The complainants argue that while Apple touts 16GB of digital storage, about a fifth of that is eaten up by the latest operating software.
Read more
Sci-tech

Apple has said it was a targeted hack on celebrities' iCloud accounts that resulted in personal photos being leaked, and not a system breach.
Read more
Sci-tech

Apple Inc has acknowledged that personal data can be extracted from iPhones through previously unpublicised techniques by employees.
Read more
Business

Traditional tablets like the iPad are losing popularity as consumers are opting to use smartphones with larger screens as a single go-to device.
Read more
Advertising