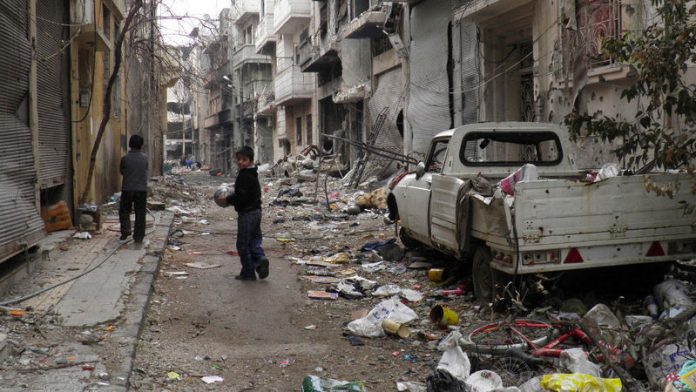 In a rare moment of co-ordination between the government and rebel forces in Syria, aid agencies have evacuated hundreds of people from the rebel-held Damascus suburb of Yarmouk, said a government-aligned Palestinian group on Saturday.

Granting relief groups access to an estimated 250 000 people trapped by fighting across Syria was one of the goals of the peace talks held last week in Switzerland, which recessed on Friday with no substantial results.

But despite lengthy discussions the sides could not agree on passage for an aid convoy to reach 2 500 people trapped in the old city of Homs, Syria's third-largest city, with no access to food or medicine.

Anwar Raja, a spokesperson for the Popular Front for the Liberation of Palestine-General Command, which operates in Yarmouk, said the group had co-ordinated with the Syrian Arab Red Crescent on Friday and Saturday to extract "hundreds" of the suburb's residents.

The evacuees were transported to several government-run hospitals and one operated by the Red Crescent, according to the Syrian Observatory for Human Rights, a monitoring group.

The Red Crescent could not be reached to confirm the details of the operation.

Malnutrition
The UN says at least 15 people have died from malnutrition in Yarmouk, originally a Palestinian refugee camp that now houses 18 000 Palestinians, as well as some Syrians.

Opposition activists say the government is using hunger as a weapon of war, but Damascus accuses rebels of firing on aid convoys and says it fears aid supplies will go to armed groups.

Syria's conflict began in March 2011 with popular protests against President Bashar al-Assad, but evolved into a civil war after a crackdown by security forces led to an armed uprising.

More than 130 000 people have been killed and about six million have fled their homes. – Reuters