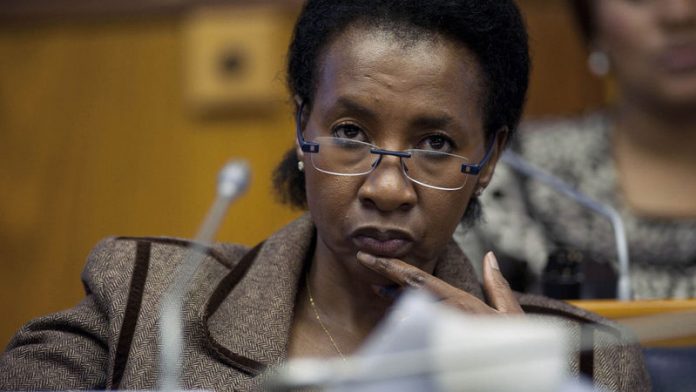 The SABC looks set to be plunged into a fresh leadership crisis with the announcement its group CEO, Lulama Mokhobo, is stepping down just two years into her five-year term, TechCentral can reveal.

The broadcaster has offered Mokhobo a settlement agreement, with a statement confirming her exit expected to be issued later on Monday.

TechCentral understands that Mokhobo has signed a settlement agreement with the board, which is chaired by Ellen Tshabalala.

Her exit will raise further questions about stability at the troubled institution.

Mokhobo is said to be stepping down because her situation has become untenable. Two centres of power have emerged at the public broadcaster, one in the CEO's office and the other in the office of acting group chief operating officer Hlaudi Motsoeneng.

Reports have suggested Mokhobo has had her authority undermined on a number of occasions. It is understood that she has simply had enough of the political fault lines tearing at the organisation.

TechCentral has learnt that a number of other senior executives are poised to leave the broadcaster, among them former Telkom group executive Brenda Kali, who had been appointed as a reputation management and turnaround consultant in Mokhobo's office. The SABC's political editor Abbey Makoe was recently redeployed to an office in Pretoria in what was viewed as a demotion.

Rumours
Rumours began circulating in the middle of last week that Mokhobo had resigned. This followed a tweet by the Broadcasting, Electronic Media and Allied Workers Union that she had quit.

However, it's understood that negotiations with the board were still taking place as recently as last Friday. A settlement agreement was signed late on Friday afternoon.

Democratic Alliance MP Marian Shinn describes Mokhobo's exit as symptomatic of the "perpetual chaos” at the SABC and accuses Motsoeneng, who "sits at the right hand” of president Jacob Zuma, of running the broadcaster as his own "personal fiefdom”.

Shinn says it's clear that Mokhobo was "not strong enough” to resist Motsoeneng. She adds that the SABC is "rapidly disintegrating” and that there is "rot right through the thing”.

In December, rights groups claimed SABC employees had been ordered not to report on Numsa's calls for President Jacob Zuma to resign while employees also said they had been instructed to cut away from booing of Zuma during Mandela's memorial serive.

Mokhobo, who led a turnaround strategy at the SABC, was appointed to the top job in January 2012 for a five-year term by former communications minister Dina Pule, replacing acting CEO Robin Nicholson.

Mokhobo, who was previously group executive for public broadcasting services at the SABC, has a BA degree from the University of Botswana and Swaziland and an MSc from Utah State University. – (c) 2014 NewsCentral Media