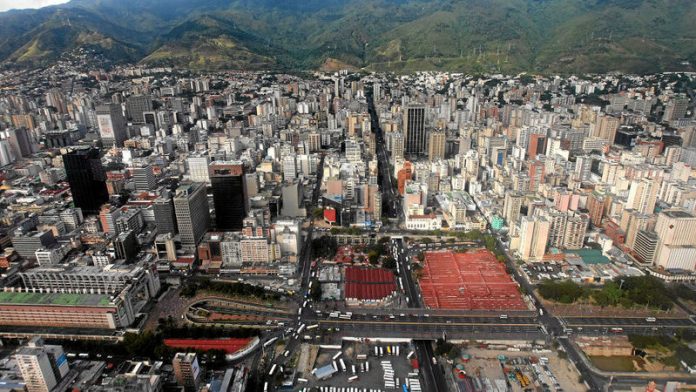 Criss-crossed by motorways and dotted with futuristic buildings, Caracas was once recognised as a beacon of Latin American modernism. Today, the Venezuelan capital is known mostly for its soaring crime levels and traffic-clogged streets.

But as British architect Richard Rogers and his team begin construction on the Hugo Chávez park in the south of the city, many hope the metropolis of four million people will see a return to better times.

"Cities go through cycles," said Simon Smithson, a partner at Rogers Stirk Harbour and Partners and head of the practice’s Latin American projects. "I would like to hope this has a knock-on effect."

Plans for the park, named after the left-wing president who died last year, include a university campus, a baseball and football stadium, and a bus terminal linking southwestern Caracas to the rest of the country.

Extending over 250ha, the park revolves around the Rinconada hippodrome, a horse racetrack built in the 1950s by Californian architect Arthur Froehlich that, with the surrounding gardens designed by Brazilian landscape architect Roberto Burle-Marx, was once emblematic of the oil-rich nation’s wealth. It also incorporates an existing museum and a performance arts centre, making it the largest metropolitan park in Latin America.

Originally commissioned as a much-needed transportation hub, the park morphed into the larger complex after local authorities and the Rogers team realised that Caraquenians, who often spend more than two hours in traffic to get into the city centre, needed outdoor space for recreation as much as they needed transportation.

"President Chávez had asked us for a new bus terminal but, upon identifying the site, we realised it could be a larger project encompassing parks and stadiums and serving a community that had previously been neglected," said Jorge Rodríguez, the mayor of the Libertador municipality where the park is being built.

Rodríguez has led several city renewal projects, including the restoration of almost a dozen theatres and more than 20 public squares. He said an important challenge was to rethink a city that has lacked a coherent urban plan for 40 years.

Smithson said: "What we have created goes against common logic because you have an incredible confluence of transportation systems in the outskirts of the city – not in the centre, where historically there has always been more access. In a sense, we were saying: ‘Let’s turn things inside out’."

The park’s design also sought to incorporate local idiosyncrasies or symbols Venezuelans could identify with. "We asked for a shabono [a traditional gathering place for Venezuela’s indigenous Yanomami] and we got a football stadium that not only looks like a shabono but [also] has a rooftop that is inspired by the traditional penacho [headdress]," said Rodríguez of the 55?000-seat venue with sliding yellow, blue and red panels.

Some critics have questioned the wisdom of building a large park in a crime-ridden city where people have abandoned public spaces out of fear. But Rodríguez said: "In every neighbourhood where we have rescued or built a park, a square, or so much as a fountain, crime has dropped. Caracas is a city that has swallowed itself. The renewal of a city has been like ?reconciling with an old love. You revisit places that remind you of who you are and a city should do that."

The coronavirus pandemic has revealed heavy-handed, brutal and, at times, lethal action by some members of the police
Read more
Advertising

Forced onto the backfoot by poor ping and overseas servers, African gamers are getting creative in an attempt to play one of the biggest competitive games. In the second instalment of our gaming corner, we chat to some of the innovators
Read more
Advertising