Reviled Land Act is being re-enacted 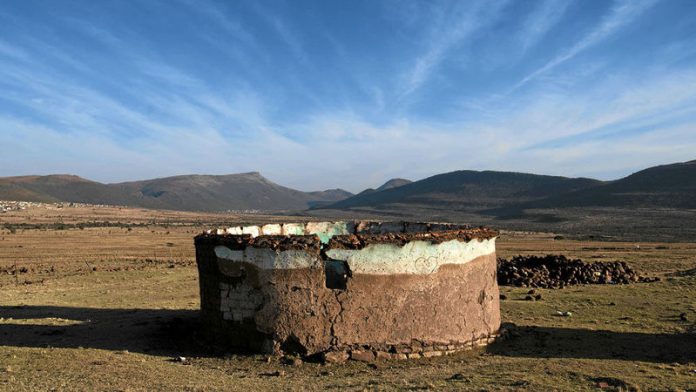 Stone Sizani, the ANC's chief whip, said at the weekend that the contentious Traditional Courts Bill was not high on the list of ANC priority laws to be passed before the elections. He indicated that the party had bowed to pressure from women's organisations to stall it, meaning the new Parliament would have to start again with a fresh version after the elections.

But Tuesday's meeting of the National Council of Provinces on the Bill showed that the justice select committee remains intent on processing it: four more meetings will take place this month. It showed, too, that there is strong opposition to the Bill and that the majority required to enact it is still lacking.

The Bill affects the provinces, which makes it a section 76 Bill, requiring a longer parliamentary process and support from five of the nine provinces. In October last year, only two provinces supported it and five opposed it. This week's meeting had four in favour and four opposed, with one abstention. North West, formerly a fierce critic, changed its position after public hearings in November. A rural community organisation has submitted a complaint to the committee, alleging intimidation and manipulation of the process.

At the hearings, rural people have spoken out bravely and passionately about their experience as "tribal subjects" and how the Bill would undermine the equal citizenship they fought for in anti-Bantustan rebellions. Under the Bill, traditional leaders could order anyone in their "tribal jurisdiction" to perform forced labour and could strip them of land rights.

The Restitution of Land Rights Amendment Bill was also in Parliament this week and is clearly a priority. It raises similar problems to the Traditional Courts Bill: it serves the interests of the chiefs at the expense of the basic rights of ordinary South Africans.

The Bill has major implications for the 17-million South Africans living in the former Bantustans and it could reopen the deadline for lodging land claims. (The previous deadline was 1998.)

Reopening the process will not be a hard sell to desperate and disillusioned rural people but most of those who flocked to the hearings in November and January went to ask questions about the long delays and massive backlogs in the processing of their existing claims.

At a hearing in Mpumalanga, an old man wept as he told how he had been forced to sell his cattle while waiting more than 10 years for his claim to be processed. At many hearings, people complained about the incompetence of the officials dealing with their claims. Their stories varied from lost records and claim forms to accusations of outright corruption. Time and again people insisted that all existing claims must be resolved and current problems addressed before any reopening of claims.

The shortcomings of the existing process are highlighted in a recent judgment of the Land Claims Court, which homes in on the arrogance of officials and the systemic malaise in the process. The judge said it was "disconcerting" that 7 000 to 9 000 claims "have not remotely been finalised" in the nearly 20 years since the Act came into force.

Reopening the process to more claims could sink the already struggling programme. The department of rural development estimates the cost would be R179-billion over 15 years. Compare this with the total spend thus far – R22-billion over 20 years. To do it, a reallocation of the national fiscus is needed, but the finance minister says there are no such plans.

In light of this, the Bill looks like a cynical pre-election ploy, raising unrealistic hopes of large cash payments and land transfers and distracting attention from the serious failures of land reform so far.

Tensions between chiefs and ordinary people surfaced at all the hearings about the restitution Bill. People complained of chiefs claiming "tribal" land from which particular families or groups had been removed and to which they were entitled. Disputed claims by chiefs to all "communal" land in the former homelands appears to be the hidden factor motivating the Bill.

Parliamentary reports show that traditional leaders have lobbied the government to do away with the elected Communal Property Associations (CPAs) created to take transfer of land after 1996. Chiefs say their authority is undermined when elected structures and individuals own "communal" land. This is the background to the otherwise inexplicable 10-year delay in land transfers to CPAs.

The department's minister, Gugile Nkwinti, has made his sympathy with the chiefs clear. A spate of new policies in 2013 say CPAs should be discouraged "on principle". The minister is on record as saying the CPAs in the former homelands should be done away with, and an affidavit by a senior official refers to a moratorium on land transfers to them.

The chief land claims commissioner, Nomfundo Gobodo, strenuously denied in Parliament this week that there was a moratorium. She reiterated the commitment of government, and the commission, to enacting the laws in force. Legally, they have no option. But if the process is reopened, the government could, instead of being forced to apply the law as it stands, point to counterclaims by chiefs as a reason for refusing to transfer land to the CPAs. The 2013 communal tenure policy gives ordinary people in the former homelands "use rights" only: the title deeds will be transferred to traditional councils.

If the intention is not to transfer land to chiefs at the expense of approved claims by ordinary people, there is a simple way for Parliament to prove it: it could easily amend the Bill to prioritise the resolution of existing claims and ring-fence them from interference. Many civil society submissions have suggested this. The next few weeks will show whether Parliament was listening.

We have come full circle: 100 years after the 1913 Land Act denied black land-ownership, the ANC is forcing this "tradition" on rural people. The reasoning seems to be that the 17-million people living in the former homelands are "tribal subjects", not South African citizens.

Equal citizenship in a united South Africa and the promise of land reform are potent symbols of our hard-won transition to democracy. But the ANC seems unaware that the Traditional Courts Bill and the Restitution Amendment Bill reinforce colonial and apartheid fault lines – a divided, unequal citizenship with segregated property rights. The irony of such policies appearing on the centenary of the Land Act, and being pushed through Parliament as we celebrate 20 years of democracy, seems lost on our lawmakers.

Dr Aninka Claassens is the director of the Rural Women's Action Research Programme in the Centre for Law and Society at the University of Cape Town.