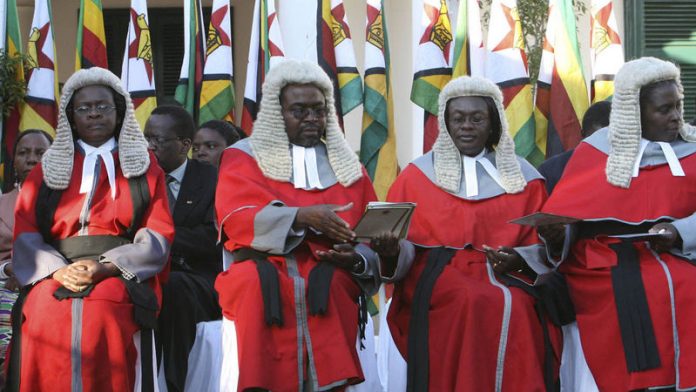 The permanent secretary of the finance ministry, Willard Manungo, has been sucked into a dispute over ­ownership of farmland that includes a medium-scale gold mine in ­Shurugwi.

Another farmer, Josiah Magenya, claims to be the rightful owner of the property, and says Manungo is ­elbowing him out.

In 2007, Manungo took ownership of a 503-hectare farm, Nyamukute Farm, which lies adjacent to the property in dispute, but has allegedly extended his boundary into the 150-hectare Makanaka Masimba farm, which Magenya says was given to him in July 2006 by the government under the land reform  programme.

On Magenya's farm is the gold claim that was awarded to mining company Nu World, which started operations in June 2012. The mining company was awarded the rights on the farm on the understanding that it would rehabilitate damaged roads and build a clinic for the Shurugwi community.

The Mail & Guardian has seen the letter from the minister of state for national security, lands, land reform and resettlement in the president's office awarding the farm to Magenya.

However, three meetings were held on June 8 2011, June 4 2012 and March 5 2013 by the district administrator for Shurugwi, Joraam Chimedza, to inform Magenya that the farm no longer belonged to him.

'Technical issue'
Magenya did not attend any of the meetings, but it is understood his wife attended the last meeting in which she is alleged to have told Chimedza that she could not speak to him as he was "too junior" for her, before walking out of the meeting.

Contacted this week to clarify the ownership wrangle, Chimedza said it was a "technical issue" that required information held only by his land officer, whom he promised to put in touch with this newspaper.

Several calls by the M&G to Manungo's mobile for a comment went unanswered. He was also unreachable at his office, with his personal assistant saying he was out of office. He did not respond to emailed questions over a two-week period.

"He [Manungo] is heavily connected and has been in government for a long time. Without any explanation, I was told that I was no longer the owner of the farm in Shurugwi," said Magenya.

The alleged takeover of the farmland by Manungo has now forced Nu World to cease operations and has deprived the company, which is partly owned by South African investors, of potential revenue after it invested more than R2-million into mining activities at Makanaka Masimba farm.

Documents in the M&G's possession show that no mining activity has taken place for nearly two years owing to the continuing land row.

Investigating the dispute
A letter dated December 18 2012 to the Shurugwi officer in charge and signed by G Chitsike, the acting mining commissioner, says that the mines and mining development ministry is investigating the dispute between Nyamukute farm and Nu World mines over an "anomaly" in the registration of a gold mining claim that lies on Makanaka Masimba farm.

The letter is copied to Nyamukute Farm, Nu World Mines, the  permanent  secretary in the mines ministry, and the chief mining commissioner.

It says operations cannot continue until the claim is resolved. Taurai Chinganga, the director of Nu World mines, says there is nothing amiss with its operation of the mine, hence the takeover cannot be understood.

"The mine's operations were approved by the mines and engineering survey department and the Environmental Management Agency, which awarded it an environmental impact assessment certificate.

"More than 21 people were employed by the project, equipment was bought, and the site was fenced, but now the equipment is just ­gathering dust.

"Manungo is using his political and government position to bulldoze anyone in his way. As a finance permanent secretary, is he not the one who should know better that the country needs investment and job creation?"

Waiting for the trial date
Nu World's legal team has lodged a case with the Bulawayo High Court.

"We are waiting for the trial date to be set and have filed the necessary papers. Mr Manungo says the mine is on his farm and wants to take it over, while papers prove the contrary, that he does not own the farm," said Brian Dube, the head of Nu World mines' legal team this week.

Meanwhile, the lands ministry said it had received an increased number of disputes over farmland across the country.

Lands and Resettlement Minister Douglas Mombeshora said his ­ministry would carry out campaigns to educate farmers on the issue of boundaries, the cause of most disputes.

"Farmers will also be educated on dispute resolution and the proper procedures to follow when faced with challenges," said Mombeshora.