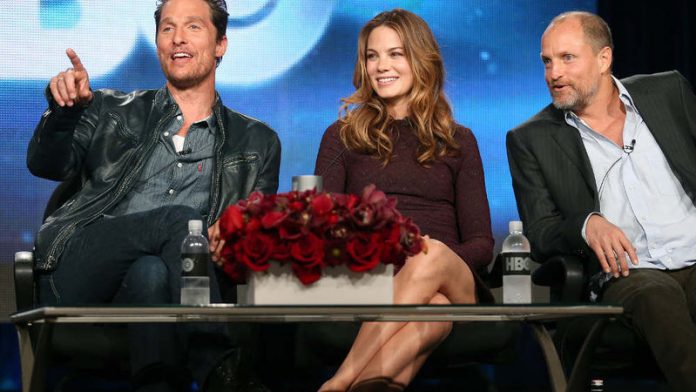 Here's a prediction: at the end of the year, when television critics are drawing up their perennial top 10 lists, True Detective will be widely seen as the best new series of 2014. Perhaps it's hubristic to make such a guess now – it's only February – but True Detective is such a remarkably ambitious series that it seems foolhardy to bet against it.

True Detective stars Matthew McConaughey and Woody Harrelson, who are the latest examples of bona fide Hollywood stars to try their hand at television, play detectives Cohle and Hart investigating a politically-charged murder in rural Louisiana.

Cohle is an outsider; an existential nihilist in a police department full of Christian conservatives. McConaughey plays the role with a volcanic intensity that is mesmerising and, at times, discomforting. He argues that voluntary self-extinction would be the best path for humanity, and admits that he would probably kill himself if he didn't "lack the constitution for suicide".

Meanwhile, Harrelson is given the challenging task of playing McConaughey's everyman counterpart. Hart styles himself as a family man and is outwardly appalled by the darkness of his partner's world view. But he has vices of his own: he mistreats his wife and condescends to his mistress, with whom he is having a kinky sexual affair.

True Detective sometimes feels like the spiritual descendent of a previous HBO crime drama, The Wire, which is still considered by many critics to be the best television show ever made.

Politics
But while The Wire was a merciless commentary on big-city politics – including the policy failures of American liberalism – True Detective is a useful reminder that similar problems exist in the Republican-leaning heartland. The detectives are stymied by constant political interference from their superiors, who want to portray the murder as an "anti-Christian hate crime", despite strong evidence to the contrary.

On a deeper level, however, this series isn’t just about crime, or even the politics of crime. It's about philosophy, and the oldest questions that people have asked themselves: what is the right way for human beings to live? It forces its audience to consider whether Cohle's pessimism or Hart's stoic conservatism is the rational response to the world in which we find ourselves.

True Detective is frequently beautiful, in the same way that a well-composed Instagram photograph is beautiful. But the subject matter is disturbing enough to make one wonder at times whether McConaughey's character might actually be right about everything.

True Detective airs on at Fridays at 21:30 on M-Net

Michael K Williams had a future as a Left activist

We want more for Issa, for us