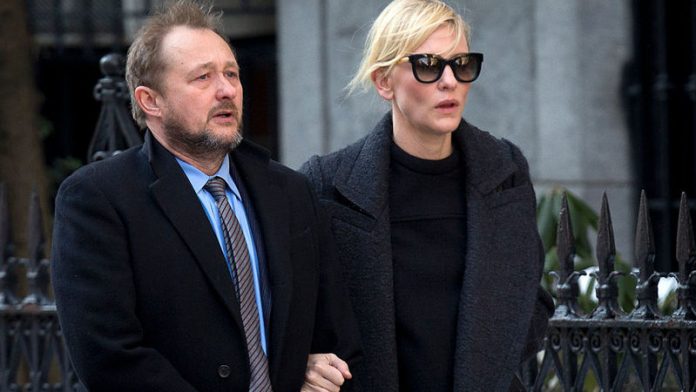 In her 1963 book The American Way of Death, Decca Mitford – always the most interesting of the Mitford sisters – wrote that the way a society marks death reflects its often confused attitudes towards mortality, and unscrupulous merchants abuse this confusion. Mitford, alas, died in 1996 so we cannot know what she would make of how the deaths of celebrities are marked in today's modern media, but it is likely that she would, at the very least, cock a withering eyebrow.

People die. Even famous people die, although the media never fail to be astounded by this. (In fact, as I was writing that sentence it was announced that sweet Shirley Temple Black had sailed off on the Good Ship Lollipop.) Celebrity deaths have always been covered salaciously by the most bottom-feeding of media, and I say that as someone who once stayed up late on a school night to watch a documentary about Elvis Presley's diet. But things have changed since those innocent days.

Once, only the National Enquirer published photos of famous corpses; now Mail Online – that bastion of morality – proudly publishes photos of celebrity bodies being wheeled out on hospital gurneys. Philip Seymour Hoffman was not the typical celebrity to die of a drugs overdose, and for this reason last week's coverage underlined just how insane the reporting of a celebrity's sudden death has become. Sure, there was old-school salaciousness in some of the reporting – attention-seeking columnists bad-mouthing Hoffman,the National Enquirer making up interviews with friends of his – but newer kinds of boundaries were breached. Hoffman was not a teen icon, nor was he a chaotic individual who the media had been hounding for months in the hope that he would drop dead in front of them. He was a respected middle-aged actor – and the sheer incongruity of Hoffman being minced up by today's internet celebrity machine became too much even for those of us who once tried to make an Elvis Presley deep-fried peanut butter sandwich (not recommended). And yes, the Mail published a photo of Hoffman's body on the gurney.

But it's a brave new world, this new whizz-bang internet-hits-seeking culture of ours. Perhaps people don't know the rules. So I kindly offer up the do's and don'ts of handling a celebrity's death:

Consider the golden rule
You know the golden rule, right? Do unto others as you would have others do unto you. So, when reporting on a celebrity's death, ask yourself, "If I suddenly died, would I want some journalist doing to my family what I am currently doing to this celebrity's family?" If the answer is no, step away from the keyboard. But perhaps the folk at Mail Online have different standards for their families than most do. This would explain why they felt it was utterly appropriate to post a video obtained by stalking Hoffman's traumatised partner Mimi O'Donnell as she travelled around Manhattan last week, trying to organise the funeral, and another of Hoffman's three children, aged 10, six and five, leaving home to go to their father's wake. It's cute to see the Mail embracing modernity in this way, playing with videos and whatnot online, though without wishing to cramp their creativity, it might be preferable if those videos didn't involve shoving a camera in a sobbing five-year-old's face. I haven't even mentioned the close-up photos of Hoffman's "visibly distressed mother" or of the weeping children at the funeral to illustrate an article that begins, with apparently no intent of irony, "Philip Seymour Hoffman, who fiercely protected his private life …".

Go home fashion, this isn't about you
Here is when fashion labels should send out press releases announcing that celebrities are wearing their clothes: awards nights, parties, premieres. Here is when they shouldn't: at funerals. Valentino sent out an email announcing which celeb had worn the brand at the funeral and Ugg let it be known that they had "gifted" the mourners with boots "in the hope" they would wear them (Valentino has since apologised). In truth, designers have done this before: I was sent press releases about who wore what to Thatcher's funeral and Vivienne Westwood's son Ben let it be known that he was available for interviews when Malcolm McLaren died. But because this was in relation to Hoffman – who probably wouldn't have known a fashion PR from a hole in the head, and all credit to him – the grossness was emphasised. Stop it, fashion.

His addiction is like my addiction
Since Hoffman died, a slew of essays have appeared online in which well-known writers – invariably middle-aged, male and white – have discussed their drug addiction and suggested their experiences give an insight into what Hoffman was thinking when he died. Stories can be helpful, but this kind of transference is not. I am not a drug addict but I have experienced another form of mental illness and I know how infuriating it is when someone who has similarly suffered suggests their precise experiences are universal. There is also a big dollop of vanity going on here: as Mark Shrayber on Jezebel.com writes, no one's rushing to compare themselves with Rob Ford. Or even with Glee actor Cory Monteith, whose experience – clean for years, then relapsed, then rehab, then overdosed – was very similar to Hoffman's. But then, Monteith wasn't an Oscar-winning actor. Hoffman's death should not be about voyeurism or fashion. And it also is not about you. guardian.co.uk © Guardian News and Media 2014

The hashtags cometh: Must-have #MustFalls for 2016