My words want to be a part of it 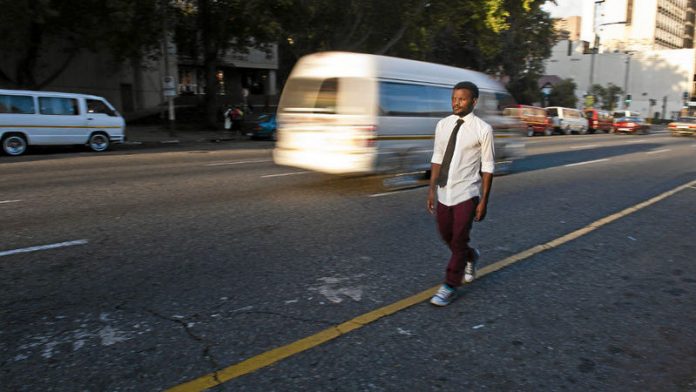 Mutle Mothibe is a spoken-word artist from the Vaal, the crawling cousin to Johannesburg's sprinting pace.

Performing a one-man show with support from Jo'burg-based live poetry and music organisation Word N Sound Check. Co-directing a play, Estar, which had its run at the Jo'burg Theatre Check. Pushing serious wordplay in three collaborative releases with the Inaudible crew Check. Launching a considered, eclectic masterpiece that sensually taps into the ethereal Check.

Last year saw the 29-year-old taking part in the Cardiff Festival in Wales. With his foot firmly placed on that rung, he now has his sights set on the Big Apple.

Does one have to be a struggling artist? Does poetry pay?
(Laughs) It does. Some other spoken-word artists I know are also making more from it now. But it also depends on how much work you're willing to put in.

Struggling and being an artist don't always have to correspond. I've been fortunate in that I can focus my energies on putting together work that people find interesting. Getting recognition has simply come.

Tell me about you and New York's Apollo Theatre.
I've been invited to perform there on April 12. I've been torturing my body in preparation; teetering on insanity. I mean, the first time I saw a clip of Saul Williams was him performing on that stage, a poetry slam compilation. So the thought that I'll be performing there – standing where he stood – it's crazy.

Your debut solo album is a collection of poignant audio clips, otherworldly music beds, and those "unedited" post-recording snippets artists like leaving nowadays. How did you piece it together?
This was me wanting to showcase Mutle the best way I could. I was there from inception, from seeking out the music I wanted the producer to sample to how I wanted the cover imagery to look. It was a two-year process. I felt it needed time; there were things I didn't want rushed. It was actually finished six months before it launched but there were some poems I would go back to studio and re-record because there was a word that didn't fit quite right, or a tone I thought wasn't coming across. I became obsessive. I had to force myself to let it go!

In_Sense, your album title, how did it come about?

The concept of In_Sense is threefold. Most of the time when I write it's under the influence of burning incense. The graphic on the album cover is imagined from those tendrils of rising smoke. I couldn't give all of me; the best I could do was to give people glimpses so it's Mutle – in a sense. It's like the Johari window, a cognitive psychology tool that has an individual describe themselves. Their peers do the same. From there you can establish the parts of you that both you and others see. Aspects others see that you're not aware of.

The parts in our subconscious that we are not aware of and that aren't witnessed. Then there are the things we know but keep from others.

What preparation goes into a performance?
I once attended a workshop for artists where they had us do different physical acts. One of the lessons was that when performing you should only utilise a third of your energy. I've been using that sentiment to guide me. That's why physical exercise, yoga and meditation are so crucial. I move around a lot when I perform but don't tire easily because I've got so much on reserve. I don't run out of breath; I've learnt to control it.

When on stage I feel like a medium. By the time I'm done it's like something has shifted within the audience. Meditations I do before each performance help me to tap into the audience's energy – connect to it – so that I can be that conduit, so I can shake something in people.

The word that best describes your work is …
Sorcery. Not just the magical aspect of it. But accessing and tapping into a source comes through in my work. There's music in spirituality – spirituality in music. I don't subscribe to a specific practice. It's been the most welcoming medium in helping me to access different aspects of myself.

Tonight we are not going to sleep: Extracts from ‘a naked bone’ by Mangaliso Buzani