The war on dagga sobers up 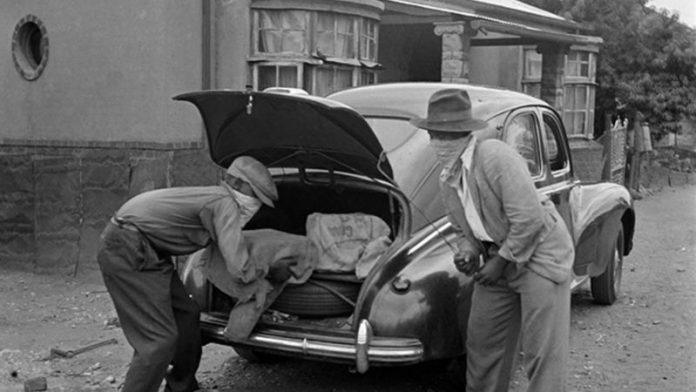 The apartheid regime was terrified of white people interacting with black people, and saw cannabis as a dangerous enabler. They ensured it stayed prohibited, perceiving it as a "danger" to race relations.

It has not always been considered off limits in South Africa. In Basotho tradition, cannabis has long been used to ease childbirth – an appreciation for its analgesic properties shared by many civilisations around the world.

Queen Victoria was prescribed cannabis to ease her menstrual cramps, and her physician wrote in the medical journal The Lancet: "When pure and administered carefully, it is one of the most valuable medicines we possess."

A Chinese medical book from 2737 BC said cannabis treated gout, constipation, rheumatism and absent-mindedness. Shamans in the Middle East would burn it to enter a trance state, which led to them being called "those who walk on smoke". Pipes dug up in William Shakespeare's backyard were found to have traces of cannabis.

The arrival of Dutch settlers limited consumption in South Africa. Cannabis sativa ­– varieties of which may be legally grown overseas because of a low percentage of THC (the chemical compound that makes people high) – was banned for black people.

'Dagga insanity'
In 1887, the report of the Indian immigration commission on the Natal Colony said hemp was as "baneful" for Indian people as it was for black people. It linked ­cannabis and hemp to crime, laziness and "dagga insanity".

Concern spread to the international stage, with South Africa asking the League of Nations (the precursor of the United Nations) to add hemp to the list of banned drugs in 1923 because it was the "most important of all habit-forming drugs".

At the same time, Harry Anslinger, the director of the United States Federal Narcotics Bureau, was driving prohibition in the US.

"The primary reason to outlaw marijuana is its effect on the degenerate races," he was quoted as saying in the ­newspaper the Examiner. "This marijuana causes white women to seek sexual relations with Negroes, entertainers, and any others."

In 1961, the UN passed the Single Convention of Narcotic Drugs Treaty, which banned drugs such as cannabis around the world. It forces member states to adopt strict ­prohibition measures. This suited the South African regime, which was increasingly worried at the peak of apartheid about racial integration.

'Deviant' test subjects
So-called "deviants" (gay men and conscientious objectors) were tested using cannabis at the Greefswald military facility in Limpopo. The findings warned that cannabis led to demotivation in white conscripts, and interaction between black and white youth.

This view of cannabis has changed since 1994, with the foundation of several cannabis-based movements and a political party.

Internationally, prohibition of cannabis is on the wane, with decriminalisation the norm in many European countries, medicinal (and even recreational) use legalised in several of the US states, and an ambitious legalisation and regulation project under way in Uruguay.

But the international regime is structured so that countries cannot easily change their drug laws. The UN's own Office on Drugs and Crime admits that combating drugs has had several unintended consequences: massive growth in the black market; switching of government funds from healthcare to enforcement; and the stigmatisation of drug users, which prevents them from getting help.

The UN's 2011 Global Commission on Drugs Policy said that prohibition had created bigger social problems, arguing that users should be treated rather than punished. It also argued for decriminalisation.

Time for legalisation
The Anti-Drug Alliance of South Africa, which has traditionally been opposed to such measures, argued last year that it was time to consider legalisation.

Titled "At What Cost? The Futility of the War on Drugs in South Africa", its report said the war on drugs had created victims rather than solutions: "Years of fighting drugs seem to have been [almost] pointless and futile. Suddenly, morals and deeply entrenched beliefs were no longer relevant."

To quantify this, the alliance tracked arrests and convictions for drug possession across a two-month period in Gauteng.

It found that 23 000 people were arrested, with 9% convicted. At R329 a day to keep a prisoner in jail, this meant that the province was spending R245-million a year to keep drug convicts in jail.

The cost of arresting, processing and convicting the 23 000 came to R38-million. In that period, the value of the confiscated drugs was R12-million.

Instead of stopping people from using drugs, prohibition "abdicated all control of drugs to gangsters".

Time waster
The Police and Prisons Civil Rights Union took this view when it pushed for the legalisation of cannabis in 2009 so that the police could be freed up to fight more serious crimes.

General secretary Nkosinathi Theledi said at the time: "Whether we like it or not, dagga is being used and it should rather be legalised. It [would] save police resources. Instead of chasing sellers, they [could] look at bigger crime."

A 2013 position paper by the South African National Cannabis Working Group said: "Humans have always taken psychoactive substances and prohibition has never kept them from doing so."

All prohibition had achieved was to drive up the price of cannabis, so that selling it was increasingly lucrative. This had created an unregulated market where criminals thrived. "The criminalisation of what is a medical problem furthermore inhibits the efforts of people seeking help."

This had always been a fringe position, however, until Mario Oriani-Ambrosini, an Inkatha Freedom Party MP diagnosed with stage four cancer, last week asked the president to legalise cannabis for medical use.

Of carrier pigeons and diamond smugglers

Fact or fable: Will cannabis be Africa’s economic saviour?