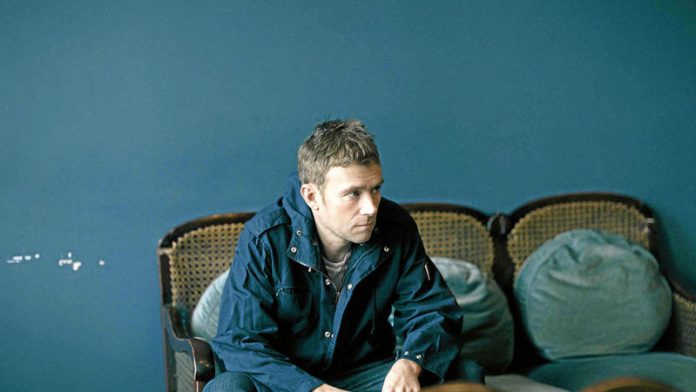 A hissing sound, like sweaty distortion. Then a psychedelic guitar line emerges, signalling the song's first intentions. The drums, forthright and firm; a quickstep rhythm. Then after the guitar has pulled you in, the voice takes over.

It's a blues channelled from West Africa, probably sung in Bambara. The rhythm has you locked, what is that sound? What did they do to that guitar?

The song sounds like the soundtrack to a chase scene down a dark alley in what I am imagining to be a Nollywood sci-fi caper.

This is Pink Floyd born on the banks of the Niger River, amped up on amphetamines. This is the spawn of New York proto-punks Suicide and Malian great Ali Farka Toure, roaring out of a bashed-out old speaker stack.

Except it's not. This is the Lobi Traore Band.

But there is an added creative force here: David Maclean, the drummer of British rock band Django Django, is manning the producer's chair.

Maclean finds himself producing this magnificent song because in October 2013 he was invited to Bamako for seven days by Damon Albarn, the singer of Blur, the man behind Gorillaz and one of the head honchos behind Africa Express.

Africa Express was set up to promote artistic collaboration between African and Western musicians —and to widen the appreciation of African music and culture.

It has done this through a number of tours and concerts, as well as various trips to African countries to record collaborative albums in short periods of times, often just a week.

Albarn himself is no stranger to collaborating with African musicians; in 2002 he released Mali Music, an album recorded in the West African country with Afel Bocoum, Toumani Diabate and the Lobi Traore Band.

2011 saw the release of Kinshasa One Two, a collaborative album between Western music producers such as Dan the Automator, Actress, Richard Russell and Kwes, and musicians from the Democratic Republic of Congo's capital city.

Though Deni Kelen Be Koko, performed by the Lobi Traore Band, is clearly the highlight of the set, this album is no one-hit wonder.

An album recorded in the off-the-cuff way that this album was should really never work, but somehow Maison des Jeunes manages to transcend its short gestation period and the unfamiliarity of its contributors with each other.

Maison des Jeunes is an example of just what can be accomplished when the eyes of Western musicians are opened to the possibilities of African music. As Eno said about his trip to Bamako, it was "a weeklong musical humiliation".

"The players are so extraordinarily good that it does make me think I might consider another career," he let out.