University of Fort Hare at an academic crossroads 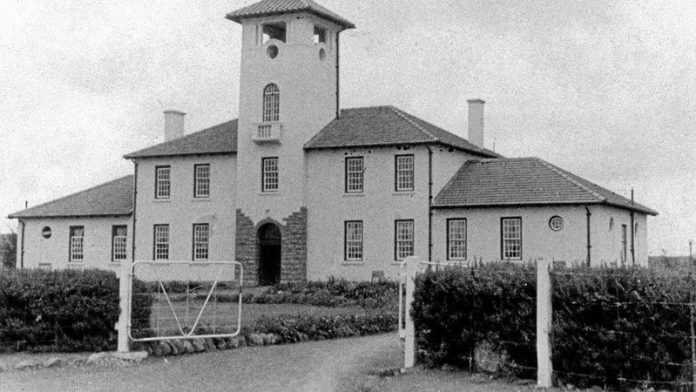 In a recent article, Eastern Cape academic and journalist Mncedisi Jordan argued that it was inexcusable, 20 years into democracy, that legendary "indigenous" universities such as the University of Fort Hare were untransformed and lagged behind the best universities in the country ("Still waiting for varsity reform", Mail & Guardian, February 7).

Jordan laments the fact that these institutions continue to attract only poor black students and only offer what he regards to be a second-rate education. He suggests that to transform universities such as Fort Hare would require full-scale reconstruction, rather than mere "redress". He calls for new academic programmes across the board to attract the best and brightest staff and students.

Therefore, he advocates massive investment in "indigenous institutions" and a relocation of key faculties and schools, such as engineering, medicine and architecture, away from historically advantaged institutions to these universities.

Jordan is right to claim that South Africa needs Fort Hare to be one of its leading universities, serving as a bastion of excellence and a gateway into the African continent and the world. But he is wrong to think that Fort Hare has not changed in important ways or that the state will now release massive new funds for the reconstruction of indigenous institutions, with uncertain results, when there are pressing demands for basic service delivery.

But what is happening at Fort Hare? Is the university really so very far behind the frontrunners academically? What are the university's current strengths and weaknesses? And, is it possible for Fort Hare to become a leading force in higher education in South Africa in the next decade or so? If so, what role could the state, the higher education and training department and the private sector play in this reconstruction process?

Not so far behind
With the university's centenary celebrations coming up in 2016, it seems appropriate to reflect on its contribution, its prospects and possible direction. The evidence suggests that Fort Hare is not so far behind, but has reached a crossroads from which it needs to find new direction for the century ahead.

It is well known that some historically black universities have struggled since the end of apartheid to keep pace with their formerly advantaged white counterparts. In fact, Jordan describes Fort Hare as a washed-up "struggle university", with little academic merit. This is not accurate: the university has shown impressive growth in teaching and research over the past decade.

In the early 2000s, Fort Hare graduated fewer than a dozen PhDs a year. Since the mid-2000s, the numbers have risen steadily and, in 2013, 45 PhDs were awarded at the university. There has also been a rise in the number of master's students graduating during this period. There are now more doctorates in fields such as science and agriculture than in the arts, theology and education, which does suggest a shift in focus.

Over the same period, Fort Hare's academic staff improved their academic output from an average of 0.5 refereed papers per academic per year to 1.5 in 2012. This compares favourably with some of the historically white universities, the best of which get research output rates of above 2.0 per academic per year. It has a wider range and variation in its teaching programmes too, which diversified after the incorporation of Rhodes East London into the university in 2003.

Two University of Cape Town actuaries, Tom Moultrie and Rob Dorrington, note in the current edition of the South African Journal of Science that Fort Hare is South Africa's best performing university, if one uses a combined index of equity impact and research output. Using the Employment Equity Act of 1998 as a guideline, they show that Fort Hare services the poor from historically disadvantaged communities and maintains research excellence in key areas — indeed, it is the country's best performer relative to these combined criteria.

A unique contribution
Although this seems impressive, Moultrie and Dorrington also wonder about the quality of research at the university, the reliability of the data on which the assessment is based, and whether this type of profile (high equity, high research) is sustainable in the long term. But whatever the limitations of the assessment, one needs to acknowledge that Fort Hare has achieved something unique that requires careful assessment and reflection.

What seems improbable to the actuaries at a distance makes more sense close up.

The answer to the equity-excellence conundrum is that Fort Hare has achieved these results by successfully operating a two-stream system. On the one hand, the university attracts undergraduate students from poor Eastern Cape communities while, on the other, it relies on a relatively highly trained cohort of staff and graduate students (mainly from elsewhere in Africa) to attend to its research agenda.

More than 70% of Fort Hare's postgraduates are non-South Africans from Southern Africa. A similar profile applies to the university's top researchers.

The dramatic rise in research output at Fort Hare in the 2000s has been underpinned by support programmes for academic staff and students. It has also been stimulated by an attractive incentive scheme that allows productive academics to earn extra cash if they produce accredited research outputs, refereed papers or masters and PhD students. The system has worked very well.

African public servants
To understand the other side of the Fort Hare performance equation, one has to recognise the historic connection between the university and the bureaucracy. Since 1916, Fort Hare has always been more of a college for the production of African public servants — teachers, social workers, nurses and administrators — than a high-end research and postgraduate university.

Since the mid-1990s, the university has perpetuated its historical role. It has embraced the challenge of training a new public service. There have also been plenty of opportunities for its graduates in the Africanising Eastern Cape bureaucracy and beyond. The post-democratic promise of the university has always been: get a good Fort Hare degree, and a government job will be waiting for you. But the failure of the ANC to rebuild Fort Hare after 1994 has had serious consequences. The lack of effective curriculum transformation and the failure of the state to reconstruct the university beyond the model of a colonial liberal arts college have restricted opportunities for its graduates.

The stagnation of the regional economy in the Eastern Cape and the moribund state of its public service is not unrelated to the difficulties Fort Hare has experienced in transforming itself into something new.

To make matters worse, many of its graduates come back to the university after some time in the bureaucracy to improve their qualifications for the sake of promotion. Like their Afrikaner predecessors, the easy ride from village, township or farm to university and government office has engendered a sense of entitlement. There is the belief that, if you are local, you should get something at Fort Hare, even if you do very little. In some circles, Fort Hare is still more of a badge of entitlement than a mark of achievement.

No guarantees
But times have changed. The bureaucracy is full to the brim. There is no more capacity for absorption, and the regional economy is collapsing. A Fort Hare education still gives you a good chance of getting in, but there are no guarantees anymore.

Many Fort Hare graduates are now unemployed. And it is for this reason that its students are looking at the university in a different way. They want more. They want a much more competitive curriculum with academic programmes that offer real access to the productive economy. They want to be able to compete in the wider world, and are demanding that the university provide them with the skills to do that.

It is possible that Fort Hare will be able to sustain its Houdini-style double act for a while longer by continuing to rely on non-South African researchers to push up its research output, and by using its "struggle credentials" to place local graduates.

But the lack of quality in certain areas, and the challenge the university faces in offering a much wider choice of subjects and careers, is highly problematic.

First, the university needs to shift beyond its colonial liberal arts training model. It needs an engineering faculty, an expanded faculty of health sciences, including animal health, a top-end school of business and public management, a faculty of architecture, planning and the built environment, perhaps with a rural focus, a faculty with marine science and coastal studies, and so on.

The fact that other universities in the region and the country have some of these qualifications should not stop the department of higher education and training from granting Fort Hare the right to have them too.

Second, it is critical that Fort Hare take full advantage of the fact that it now has a city campus in East London to supplement the rural campus in Alice.

A city campus
The East London "campus at the coast", which formerly belonged to Rhodes University, has trebled in size in the past decade, despite a critical lack of facilities, faculty buildings and residences. Fort Hare aims to build a full-fledged metropolitan campus in the city in future.

Third, Alice needs to gear its operations towards a more active engagement with the rural productive economy by further developing the agriculture faculty and rural development programmes. Fort Hare needs to aspire to becoming the leading urban-rural university in Africa, with specialisations that respond creatively to its metropolitan campus niche and the challenges of rural development.

Fourth, the university needs to position itself strategically in relation to continental opportunities, using its brand, history and identity to galvanise support and investment from beyond South Africa's borders.

While the long-term future of Fort Hare is hard to predict, it is clear that the university is at a crossroads.

It has made important strides and registered significant academic achievements.

To call Fort Hare an "old bush college" or a "stagnant struggle university" ignores these achievements, and insults the sustained hard work of staff and students over the past decade.

But it would also be wrong to say that the university has transcended its past limitations and acquired a new identity and mission. This is the challenge of the future, and it is clear that the centenary debate is generating new ideas and models that might project the university into a new intellectual and developmental space.

Professor Leslie Bank is the director of the Institute of Social and Economic Research at the University of Fort Hare. He writes in his personal capacity

Leslie Bank
Professor Leslie Bank is research director in the Inclusive Economic Development Unit at the HSRC and the co-author of a new volume on South African migration dynamics entitled Migrant Labour After Apartheid: The Inside Story (HSRC Press, 2020)
Facebook
Twitter
WhatsApp
Linkedin