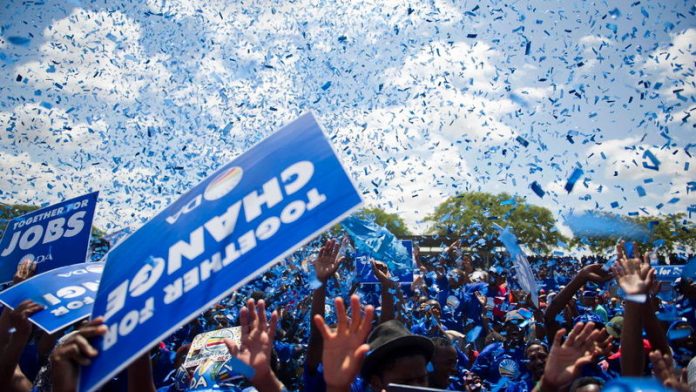 Such conditions would attract investment and create many "more real, permanent jobs", Zille said in a speech prepared for delivery at a rally in Blue Downs, Cape Town.

"In this election, there will be a lot of people saying they will cut corruption. But those are the same people who are the most corrupt. It doesn't make sense," she said.

"We also know that entrepreneurs do not invest in businesses where governments are corrupt. If you want more jobs, you need clean government. Corruption chases away investment and makes poor people even poorer."

She said in the Western Cape, the DA has proven that it can deliver reforms which end corruption and create jobs.

'We deliver'
"While others speak of the better life for all, we are actually delivering it," Zille said.

"In this province, we have helped thousands of new businesses to grow and thrive, by making it easier to run a business, and by cutting red tape."

She said her government had assisted 22 000 entrepreneurs with support and finance, and had opened 20 small business access points across the province.

On combating poverty, Zille said hardships had ruined the promise of freedom for many South Africans. She said individuals needed to attain education and skills to attain economic independence.

"That is why in the Western Cape we spend 76% of our budgets on poor communities. That means that nearly R8 out of every R10 is spent delivering services, health, education, housing and social services to those people who need it most," she said.

"The most important opportunity you can have in your life is a good education. Then, it is possible to get the next great opportunity, which is a job," she said.

She said her party would want to spread the "Western Cape story" to all provinces after the tightly contested May 7 elections. – Sapa