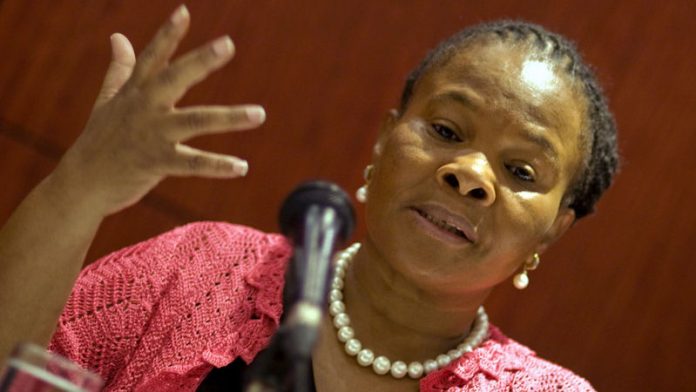 The ANC used its majority in the National Assembly to push through changes to mineral laws that oil and mining companies say will deter investment and violate international treaties.

The amendments to the 2002 Mineral and Petroleum Resources Development Act will secure the state a free 20% stake in all new energy ventures and enable it to buy an unspecified additional share at an "agreed price".

It will also enable the mines minister to declare some minerals strategic and force companies processing them to sell part of their output to local manufacturers. With elections scheduled for May 7, the ANC is pushing for the state to play a bigger role in the economy to ensure the nation benefits more from its mineral endowment.

South Africa is the continent's largest coal and gold producer and the world's biggest supplier of platinum and chrome.

"We are on the path of changing the mining and petroleum industry in South Africa, whether you like it or not," Mineral Resources Minister Susan Shabangu told lawmakers. "Change is painful, change is bitter, especially when you are stuck in the past. This act is about the people of South Africa."

The assembly adopted the amended law, with 226 votes in favour and 66 against. It will now be referred to the National Council of Provinces, Parliament's second chamber, for processing before being signed into law by President Jacob Zuma.

The mining companies won some concessions, with the Chamber of Mines saying legislators had "vastly improved" the law.

Provisions aimed at encouraging local processing remained problematic. Rules for energy companies were made more onerous after lawmakers scrapped a 50% cap on the size stake the state may demand in new energy projects. The change would have "a chilling effect on investment," Sean Lunn, chairman of the Offshore Petroleum Association of South Africa, whose 13 members include Anadarko Petroleum Corporation, BHP Billiton, Exxon Mobil Corporation and Total SA, said in an emailed statement on March 10.

Encouraging investment
Shabangu said the new law would remove ambiguities in the law and align and speed up the process of securing water, environmental and mining licences, which would help encourage investment.

"South Africa's broader developmental objectives require a paradigm shift to allow development of the country's natural resources," she said. "The needs to balance the interest and benefits of investors and the people of this country can neither be over-emphasised nor treated as mutually exclusive."

The Democratic Alliance accused the ANC of steamrolling the law through Parliament and flouting procedure.

"This Bill, even in the most benign interpretation, is going to damage our mining and energy industry," James Lorimer, the DA's spokesperson for mineral resources, told the assembly. "It will cost us investment and will cost us jobs. This Bill gives the government the power to nationalise at firesale prices any operation that finds oil and gas. Will anyone drill under these conditions? I wouldn't bet on it."

The law could be challenged on legal or constitutional grounds, said Mike Davies, a Cape Town-based political risk consultant with Kigoda Consulting, which advises mining and energy companies.

"One of the main objectives of the Bill is to streamline licencing processes to provide regulatory certainty," Davies said in an emailed response to questions. "However, the clauses on beneficiation of minerals and state participation in the petroleum sector, combined with ministerial discretion, will have the opposite effect." – Bloomberg