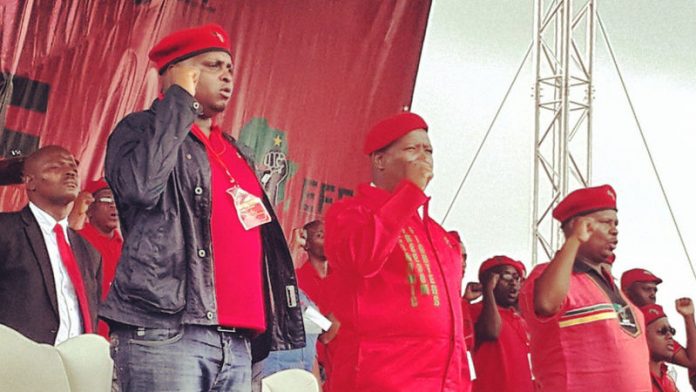 On August 9 2013, at a two-day conference in Boksburg, the historic Pan Africanist Congress (PAC)'s Alton Mphethi was not a happy man. Forget the factions that were tearing his organisation apart and the attempt to oust their erstwhile president Letlapa Mphahlele. Mpheti was annoyed that Julius Malema was stealing his organisation's thunder.

"The way Julius Malema is portraying himself gives us a problem because he is stealing what we have stood for as a party," said Mphethi at the time.

Robert Sobukwe's organisation was nearly 55 years old, stood for radical policy positions and had serious struggle credentials. But it was being overshadowed by the newly expelled Malema and friends, who were shouting louder and more energetically about the issues the now diminutive PAC had always stood for.

"We have placed ourselves underground and do not go to the people to talk to them," said Mphethi. "We have the motivation to stand up, spurred by the fact that many of our people died for … the struggle, but we do not use that motivation."

Fast forward seven months and Mphethi has a court ruling putting him in charge of the PAC, Mphahlele has been ousted and the EFF has just announced a formal "agreement of co-operation" between the two parties.

Apparently the solution to his earlier challenge was if you can't beat them, join them.

Further partnership
The partnership isn't quite a merger however, but there are hints of one in the future.

Malema told journalists that further partnership after the elections was up to the respective parties' members, but that his party was quite happy to work with the PAC.

Last week, Mpethi told the Mercury the two parties will campaign together and become one party after the elections, saying there wasn't enough time ahead of elections to merge.

For now the parties will "be the eyes and ears of each other in voting stations to ensure free and fair elections". This is par for the course for most parties, who tend to share the duty of ensuring no funny business at the thousands of stations on voting day.

But as Malema pointed out at a press conference on Monday to release his party's candidate lists for the elections, the "EFF and PAC share a common passion about the policy of land expropriation".

Mpethi's early annoyance with Malema has seemingly evaporated in the face of the benefits of a possible partnership.

But his organisation is not entirely united in the increasing partnership with the EFF.

A number of PAC members under Mphahlele's faction released a statement on March 5 voicing their protest at the proposed merger. And even Mphethi's faction have had murmurs of disagreement.

But none of that was on display for the announcement on Monday.

'Unity in action'
Mpethi's deputy, Ngila Muendane, sat proudly among the EFF's "fighters" and spoke deferentially to Malema when given permission to speak.

"We emphasise unity in action … that is a most potent kind of unity you can ever hand instead of just making statements," said Muendane.

"Especially because the EFF and PAC fundamentally share the same outlook to our struggle."

That outlook includes a "non-, non-, non-negotiable", as Malema put it at Monday’s press conference, on the expropriation of land without compensation.

The EFF's stated aim is to unite the radical left. They also announced an agreement with smaller left parties to field their candidates on their lists, instead of each party going it alone and incurring substantial costs. This includes the Socialist Party of Azania and the Black Consciousness Party.

The National Union of Metalworkers (Numsa) may not be biting because it is working on its own project on uniting the left in 2019.

But the EFF is moving in leaps and bounds to represent the left in this election, ever since it was dismissed by Mpethi just seven short months ago.