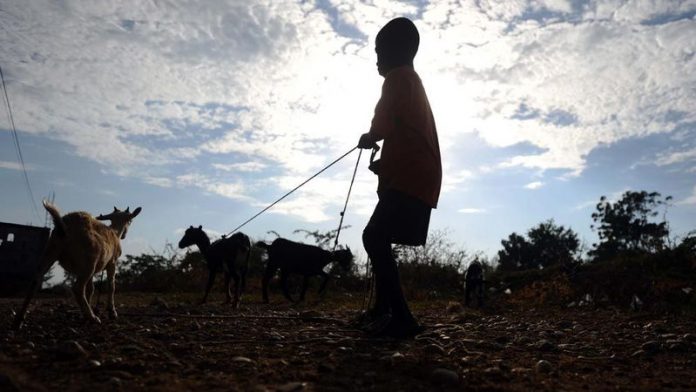 A drought is causing an extreme emergency in north-east Haiti, wiping out sorely needed crops and livestock, an official said on Tuesday.

Pierre Gary Mathieu of the government's National Co-ordination of Food Security told the Associated Press that the eight-month-long drought in the region has caused the loss of two harvest seasons. It will take the area six months to recover.

The hardship is especially evident in some schools where there's food for students but no water to cook. Other schools have neither food nor water, Mathieu said.

The usually arid area has seen some rain lately but not enough to replenish crops.

Government employees and aid workers plan to distribute seeds to farmers and food to others. Officials are due to meet this Thursday with international humanitarian workers to figure out how to co-ordinate a response, Mathieu said.

Until last November, rainfall was evenly distributed in most of the country's crop-producing areas during production cycles. But a second rainy season that normally begins in August didn't begin until two to three weeks later, and north-eastern Haiti received very little of that rainfall.

The drought has also extended to other parts of the north, especially along the north-western peninsula, FEWS NET reports. Farmers have had to travel farther to find drinking water.

The United Nations's World Food Programme (WFP) will send food rations this week for up to 120 000 people in the northwest, said WFP spokesperson Alejandro Lopez-Chicheri. The kits consist of rice, beans and cooking oil. – Sapa-AP