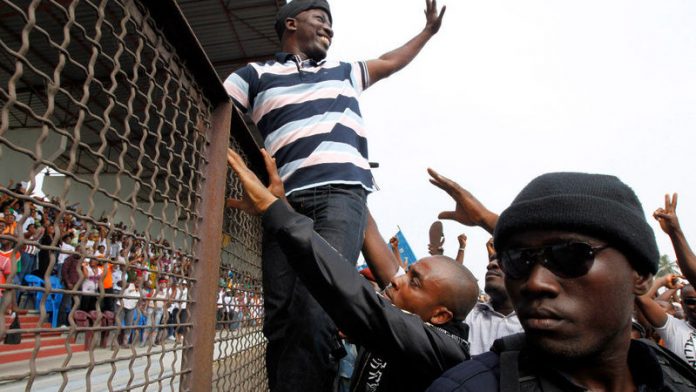 The ICC, based in The Hague, Netherlands, announced in October last year that it had issued an arrest warrant for Ble Goude, who headed the Young Patriots street militia during Gbagbo's presidency. Ble Goude (41) was arrested in Ghana in January 2013.

The government of Côte d’Ivoire's current president, Alassane Ouattara, said on Thursday that it had decided to hand Ble Goude over to the court.

Around 3 000 people died in the conflict that erupted after Gbagbo refused to accept his defeat to Ouattara in a presidential run-off election in late 2010.

In custody
Gbagbo, captured at the end of the fighting in April 2011 by French and United Nations-backed fighters supporting Ouattara, has been in the ICC's custody since November 2011 and stands accused of responsibility for rapes, murders, persecution and inhuman acts.

Known as "the street general" for his fiery speeches and ability to draw thousands of supporters on to the streets, Ble Goude had previously asked to be tried by an Ivorian court and not to be sent to The Hague.

Fatou Bensouda, the ICC's chief prosecutor, welcomed the news of Ble Goude's transfer and promised further investigations into the 2010-2011 violence, which she said could result in prosecutions of either side in the conflict.

"We are a step closer in helping to unveil the full truth in one of Côte d'Ivoire's worst episodes of mass violence," she said. "Those who use violence and commit mass crimes against civilians in pursuit of power must be held accountable."

Lawyers for Gbagbo and Ble Goude say Ouattara is using the court as a tool for getting rid of his political enemies when convenient. They have criticised prosecutors for bringing cases against only Gbagbo and his allies.

Government decision
Ble Goude appeared before a court in Côte d'Ivoire's commercial capital of Abidjan on Friday, where he was informed of the government's decision to send him to the ICC.

But his lawyer, Nick Kaufman, said he had been denied his right to challenge the arrest warrant and extradition process.

"The government has decided what should happen to Ble Goude and not the courts. Here you have a government that's taking judicial decisions. That's wrong," said Kaufman.

The ICC has an arrest warrant out for Gbagbo's wife, Simone, for charges of crimes against humanity. But Ouattara's government said in September that it planned to try the former first lady, who is under house arrest in Côte d'Ivoire, in a domestic court. – Reuters