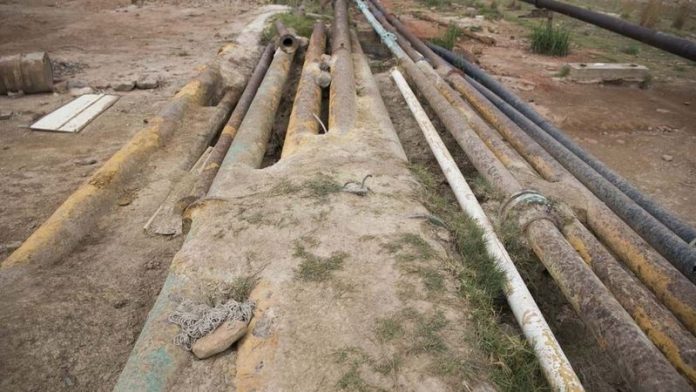 The Mineral and Petroleum Resources Development Amendment Bill is to be changed this week to give the mineral resources department complete control over its operations environment.

It closes a grey area in which the environment department had oversight of environmental issues, but was not given any power over offences related to mining. The result is that the minerals department is now charged with promoting mining as well as overseeing it.

"There is an inherent conflict of interest, because you are giving one agency with a mandate to promote mining the job of policing it," said Melissa Fourie, of the nongovernmental Centre for Environmental Rights.

This means that a department with "no track record" of environmental oversight will be in charge of compliance and enforcement, she said.

"If a mine continues to transgress environmental issues, do you think the department would shut it down and lose that income?"

The change in legislation to favour mines is nothing new. In their submissions to stop the amendment Bill from going through, a coalition of community and civil society groups said mining has always been treated differently in South Africa because of its perceived importance to the economy.

"Under mining regulations, the industry has benefited for decades from an environmental regulatory regime that is significantly weaker than that with which all other industrial sectors have to comply," the coalition said. The amendments would enhance this unequal situation, they contend, and ensure that companies would not be responsive to the environment or to local communities.

Its comments are borne out by the situation on the Eastern Cape's Wild Coast, where Australian mining company Mineral Resource Commodities applied to mine sand dunes that are home to the AmaDiba people. The area has protected biomes, so the environment department objected. Water affairs opposed the application because of its impact on water sources. When the community was consulted, it also opposed the mining in favour of ecotourism. But the minerals department granted a licence, something the AmaDiba only found out about when the company announced it on the Australian Stock Exchange.

It was only with the help of nongovernmental lawyers that they found a way to challenge the development. The minister changed her decision and the mine has resubmitted its application.

The amendments are meant to stop this jurisdictional overlap.

The process began in 2006, when the departments came together to create a single regime for mining. This was at the prompting of the Chamber of Mines, which said it was onerous to apply to three different departments for rights and an obstacle to doing business.

In this year's State of the Nation address, President Jacob Zuma said that the government has streamlined "regulatory and licencing approvals for environmental impact assessments, water licences and mining licences". It will now take only 300 days from applying for a licence to granting it: "a very positive development", he said.

In the past four months Parliament has approved changes to the National Environmental Management Act, stripping it of any power it has over the mining sector.

The Act now says that the minerals minister is the competent authority with regard to mining issues, and mineral resources has control over licencing and enforcement.

The Green Scorpions, which have been built up over the past decade into a 1 700-strong unit, have been replaced by environmental mineral resources inspectors. They have the legal power to issue directives to mines for environmental offences and to start legal proceedings. The Minerals Act has also been changed to reflect these tweaks, with the National Council of Provinces discussing them this week.

The environmental rights centre's Fourie said this means that there will be no enforcement with regard to mines, because it has never been a priority of the mining department and there is no political will to make it so.

The task should instead be given to the Green Scorpions, which has trained inspectors and enforcement monitors, she said.

Johnny de Lange, the chairperson of the water and environment portfolio committee, introduced the changes to Parliament this month by saying that environmental issues in mining are among the most pervasive unresolved policy issues in the country. The amendments would create "one environmental system" and stop duplication, he said.

Under the current legislation, a mine has to apply to three departments before it can operate: the minerals department, as well as water affairs and environmental affairs. Permission has to be given by each before mining starts. The sole onus on the mineral resources department to consider environmental issues in its granting of a licence is if the damage is "unacceptable".

That term is open to interpretation, as there is no legal precedent. In their application to oppose the amendment, civil society groups said the minerals department "often allows mining to go ahead without the other permits".

Water affairs has also been sidelined in the changes, which say that mines need a licence to start operating only if the regional manager of the minerals department says they have to have one.

In the past, this was not negotiable, although parliamentary answers have shown that dozens of mines have begun operations without a licence. The Water Act allows them to apply for a licence retrospectively.

In Cape Town three years ago, the minerals department allowed sand mining company Maccsand to dig in an area zoned for urban development that was next to houses and a school.

The city and the environment department took the mine and the mineral resources department to court, which opposed them all the way to the Constitutional Court. In its argument, the minerals department said that its laws trump all others because mining is a priority for national economic development. The court disagreed.

Removing the community's voice
Communities have little say in mining. Current regulations say a mine must "consult" them and include their comments when it applies for a mining licence.

The minerals department can take them into consideration when awarding a licence, but the only concrete opportunity communities have to say no is after the process.

The process of saying no requires lawyers and access to all relevant documentation. Companies and the department withhold these and refuse requests submitted through the Promotion of Access to Information Act. A civil society report last year found that the minerals department was the worst offender among its peers.

Megan Lewis, from environmental group groundWork, said the amendments further marginalise the community's voice. "The government is trying to bulldoze through constitutional processes that seek to protect South Africans, in order that it and big business can go ahead with projects in the name of development."

Not so equal laws
Environmental laws carry much stiffer sentences for transgressors, whereas mines face punishment from much weaker laws when they damage the environment.

No comment had been received from the mineral resources department at the time of going to press.