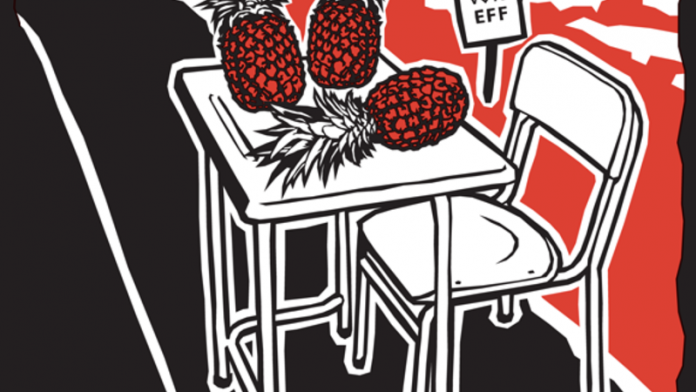 Telling the country that you will deliver better on the basics that constitute a basic education, such as textbooks and infrastructure, is worthwhile and necessary in a 2014 election manifesto. It's so worthwhile that countless other policy documents, research reports, academic papers and even court orders have, over the past 20 years, listed exactly the same things as being essential to pupils' learning.

Civil society knows what pupils need to be able to get a good education. The media knows it. Government knows it, too. Yet thousands of schools fail many more thousands of pupils every day – and partly for a reason most parties have not acknowledged. This is that provincial education departments and district offices – the very subdivisions tasked with on-the-ground implementation of policy – are so incapacitated that many of them do not even have a phone or a computer.

An equally important question is why basic education enjoys so much more attention in the parties' manifestos than higher education. Given the recent release of a ministerial committee report that revealed what some commentators have referred to as a "crisis" in university funding, why are most parties dedicating so little space to higher ­education in their manifestos?

Asked to comment on the manifestos of the main eight parties, Basil Manuel, president of the National and Professional Teachers Association of South Africa (Naptosa), noted that most promise improvements to areas such as early childhood development, but largely ignore "the serious issue of administration, which is of major concern in many provinces", he said.

"Incompetent district officials with no school management experience abound, and subject advisers with no ability to advise teachers, as they themselves are not subject experts, are the order of the day."

Infrastructure plans touch the soul of communities
The manifestos, however, are confident in their statements on basics such as school infrastructure and teacher training. The Economic Freedom Fighters says it will "embark on a programme of providing libraries, internet, laboratories and computer labs, particularly to rural schools" and the United Democratic Movement says it will "increase spending on the provision, development and maintenance of school buildings, water, sanitation and electricity".

Manuel said these plans "touch the very soul of our communities and Naptosa supports this".

Nobuntu Mazeka, co-ordinator for the Nelson Mandela Institute at the University of Fort Hare, gave these plans a "thumbs up" – but emphasised that there is "much inequality in terms of resource allocation and resource distribution between rural and urban areas" and that political parties overlook the very different "contexts [in which] learning and teaching takes place".

But Chrissie Boughey, dean of teaching and learning at Rhodes University, questioned whether these plans put the cart before the horse: "Until schools have meaning [and] can be seen to benefit communities by providing pathways to prosperity, will communities look after them as an asset?

"Why do white mommies in former model C schools bake cakes for cake sales? Because they can see that the school benefits their children. Why do the pineapple sellers on the N2 outside Grahamstown in the Eastern Cape remove desks from schools to use to display their pineapples? It seems to me that the sale of pineapples promises more return than a school," said Boughey.

Teacher training colleges to be reopened?
Teacher training is another common theme in most of the manifestos. The Inkatha Freedom Party, Congress of the People and the African National Congress all say they will "reopen teacher training colleges". Manuel said Naptosa supported this, but not without a "thorough debate about the model used in them", and only if attention is given to the "academic rigour and the reality of the passage of time on the model that existed prior to [the] closure" of these colleges.

"Colleges have been romanticised when, in reality, the quality in most was questionable but the model was good."

Mazeka lamented the parties' failure to mention what training would happen in classrooms. They show no intention of providing "classroom-based support to teachers during teaching and learning to ensure the landing of curriculum inside the classroom and how teachers adapt within different contexts", she said.

The parties' plans are commendable: if implemented, they would surely benefit South Africa's 12-million pupils greatly. But only the Democratic Alliance and Agang recognise the dire state of provincial departments and district offices and the support they would need to fulfil the promises.

Just the sheer number of times provincial education departments such as the Eastern Cape's have been taken to court by civil society organisations for not doing their jobs should be enough evidence that there is a serious problem with governance at that level.

Look no further than Limpopo
If more proof is needed, it is in one of the most important pronouncements on the calamity of provincial implementation of policy, in one of the reports on the Limpopo textbooks crisis of 2012.

The report, compiled in July that year by a team led by former higher education director general Mary Metcalfe, aimed to verify textbook delivery in the province.

It said that in the district offices visited by the team "the shortage of basic office equipment such as computers, fax machines and internet connectivity completely undermines efficiency and effectiveness", adding that "district offices must be provided with the necessary resources to communicate more effectively with schools, as a matter of urgency".

Although put broadly, Agang SA at least acknowledges the problem and says it will "build greater technical and educational expertise and managerial and administrative capacity within the national department of basic education and provincial education departments".

The DA says education outcomes will be improved by "excellent provincial administration of the education system to ensure that every child has a textbook, a trained and motivated teacher, and enough time in the classroom to master schoolwork".

Yet, unfortunately, "too few of the parties recognise this as a necessary intervention", said Brad Brockman, general secretary of nongovernmental organisation Equal Education.

The ANC says it will use the "latest technology and building materials to ensure schools … are built faster". But without empowering provincial departments and creating systems safe from corruption and incompetence, promises of providing basics in schools will never be fulfilled.

With the exception of the DA and the ANC, most of the manifestos focus on basic rather than higher education, said Richard Pithouse, a politics lecturer at Rhodes University.

Textbooks, toilets and teachers are a "more immediate concern to voters", he said, "and are a matter of acute societal concern.

"But the lack of serious engagement with questions relating to higher education in most of the manifestos indicates that, at the moment anyway, electoral politics is not the best place to look for a serious set of ideas about higher education."

Higher education in crisis
The serious concerns are to be found in the ground-breaking, 411-page "Report of the Ministerial Committee for the Review of the Funding of Universities", released in March. It bolsters, with much detail, the chief executive of Higher Education South Africa's description of the sector to the Mail & Guardian last month: "in crisis".

The report said that university funding in South Africa has not kept up with enrolment and, when seen as a percentage of gross domestic product, lags behind other countries. To increase access and success, university funding would need a considerably larger investment from the government.

But, said Pithouse, none of the manifestos offer serious engagement with these problems. Most offer variations of the African Christian Democratic Party's plan to "increase bursaries for tertiary education" or the Inkatha Freedom Party's plan to "allocate more money for … scholarships".

Most of them offered "vague promises of improved access", Pithouse said, with the exceptions of the ANC and the EFF. The ANC says it will build two new universities (opened in February this year) and the EFF says it will "introduce a scholarship which will take a minimum of 15 000 students … to the best universities across the world".

These are much bolder ideas than those in the other parties' manifestos, said Pithouse, "but they don't constitute a serious or systemic set of proposals to generate a flourishing and accessible university system".

Mazeka questioned whether the aim of higher education is to "domesticate or liberate".

"Why are higher education institutions conveyer belts of knowledge and focus only on needs of the market? What about the needs of other sectors in the society?" she asked.

What we need, she says, are manifestos "that are going to carefully scrutinise why we are not serving the needs of the majority or the underprivileged". In conclusion, Mazeka regrets "that all the political parties see our education system as a condom – one size fits all".

We should learn from history that prohibitions tend not to work, even if the intention is good
Read more
Advertising
Continue to the category
Business